Realme Narzo 30 Pro launching tomorrow, here is why you should be excited

Realme Narzo 30 Pro is going to be a 5G phone that will cost less than the price of the Realme X7 5G. 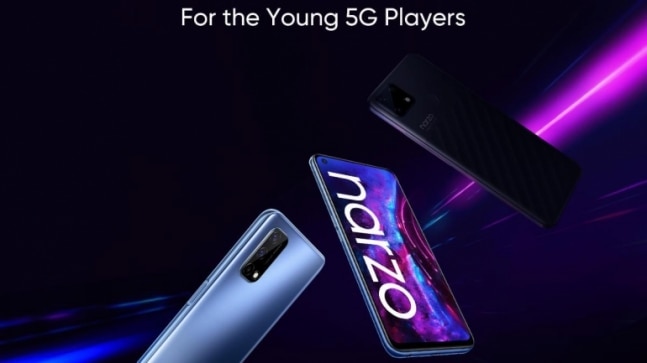 Realme is launching the Narzo 30 series tomorrow in India and the spotlight is likely to be on the top-end Narzo 30 Pro. The Narzo 30 Pro will be an upgrade to the Narzo 20 Pro smartphone that was launched a little over six months ago. The Narzo 20 Pro was launched as the cheapest phone with industry-leading 65W fast charging technology, a title that it still enjoys as no other smartphone launched in the meantime has this feature in this price segment. Since the Narzo 20 Pro emerged to be an important product for Realme, it is placing huge bets on the sequel, the Narzo 30 Pro. And the biggest gamble here is the 5G connectivity that Realme wants to bring to the masses, even though 5G is still far away from its deployment in India.

The Realme Narzo 30 Pro is going to be an appealing phone. If you want to relate appealing to the phone's design -- which has already been teased by the company, that is fine but I am associating the word "appealing" with the features the phone is said to bring. And because of these features that will be available for a price that is lower than that of the Realme X7, I think Narzo 30 Pro will certainly get you excited, especially if you are eyeing a phone to buy in the lower mid-range segment. A lot of things about the Narzo 30 Pro are still not official but the ones that have been leaked so far paint a bright picture for the phone and here is why you should be excited about it.

The first smartphone with 5G connectivity is the X50 Pro that Realme launched last year in February. This phone was targeted at mid-range or premium customers who wanted their phone to be powerful and have top-class hardware, but the biggest attraction was 5G. The phone managed to lure customers who, despite knowing there is no 5G yet to access, went all out about the phone. A year later, Realme wants a wider crowd to think the same and go for its phone. The reason is 5G again.

Realme Narzo 30 Pro is said to be launched as the cheapest 5G phone in India. According to a leak, the Narzo 30 Pro could cost between Rs 16,000 and Rs 17,000, which is a lot cheaper than what the X7 was launched for. A 5G phone for this price is bound to be an instant hit, even though people may not have the access to 5G yet. Not only this feature makes the Narzo 30 Pro a future-proofed phone but also caters to the crowd that wants the latest on their phone.

Realme Narzo 30 Pro is said to come with a 120Hz refresh rate on the display, which is going to be another feather in its cap. It is very rare to find a phone with this high refresh rate in this price segment. And this feature is going to prove to be genuinely useful for people the Narzo 30 Pro is aimed at, the gamers. Realme has pitched the Narzo 30 Pro as a phone meant for the youth, a large chunk of which is into mobile gaming. So, indirectly, Realme wants to sell the gaming experience over anything else with Narzo 30 Pro. The 120Hz screen will probably be the best for gaming because it can offer a smooth experience and allow for greater productivity inside the gameplay.

The rest of the specifications of the Realme Narzo 30 Pro are rumoured to include a multi-camera setup, fast charging, and Android 10-based Realme UI.