Realme India boss Madhav Sheth has teased that there might be a 5G phone in the offing and it will be cheaper than the X7. 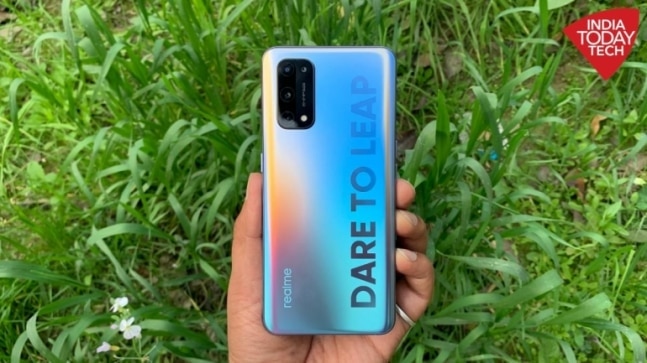 Realme launched the X7 series recently in India bringing the cheapest 5G phones to the market. But it seems it is not going to be enough for the company. Realme India boss Madhav Sheth has hinted at bringing even cheaper phones with 5G connectivity. This would mean that either one of the upcoming phones or several will feature 5G for less than Rs 19,999 in India, which is the price for the Realme X7. And by all means, the Narzo 30 series could be what Sheth seems to be talking about.

In his tweet, Sheth asked his fans, "Should we make 5G smartphones even more economical"? To make something of this, I am assuming Sheth is talking about a phone that costs around Rs 15,000 in India and brings support for 5G. Now, this is entirely possible for a company like Realme. Previously, Realme brought the 65W fast charging technology on a phone that cost Rs 14,999. It was the Narzo 20 Pro. Going by this, Realme's next Narzo series phones will play the 5G card to entice customers.

The Narzo 30 series is widely rumoured to have three phones, much like the Narzo 20 line. There will be a Narzo 30A, a Narzo 30, and a Narzo 30 Pro. So far, Realme has only confirmed the Narzo 30 model by asking its fans to vote for the best retail box design. The rest two may be in the pipeline without any official confirmation so far. Recently, a Realme model with RMX3161 number was spotted on China's TENAA certification website. It is believed this phone is Narzo 30 Pro because its model number is closely related to Narzo 20 Pro's model number RMX2161.

Although this TENAA listing did not reveal much, it did mention this Realme phone will be a 5G phone. And that might be our cue that maybe Sheth is talking about the Narzo series, if not any other new phones. The Narzo 30 Pro might as well be launched as the cheapest 5G phone in the company's kitty in India in the coming weeks. And this could be possible because of the chipset. MediaTek's Dimensity chipsets are popular among phone makers for low-cost 5G. Realme's X7 and X7 Pro use these chipsets. But there are other 5G chipsets cheaper than what is inside the two phones.

On the other hand, Qualcomm also launched its low-cost 5G chipset called the Snapdragon 480 recently. It is an upgrade over the Snapdragon 460 processor that powers the Realme C17, the phone that was launched only in Bangladesh. Realme may pick either one for the Narzo 30 Pro. And on the flip side, the Narzo 30 Pro could just be a rebranded phone. Realme has a history of rebranding its phones for different markets and Narzo series is the best example for that. The Realme V-series is its cheapest 5G series in China, so maybe Narzo 30 Pro might end up being a rebadged phone for one of the phones under that series. Nothing is clear right now.

Redmi Note 10 series India launch: Here is a look at the expected specifications