Realme Narzo 30 series is said to not have the vanilla model that has been there on all previous Narzo series. 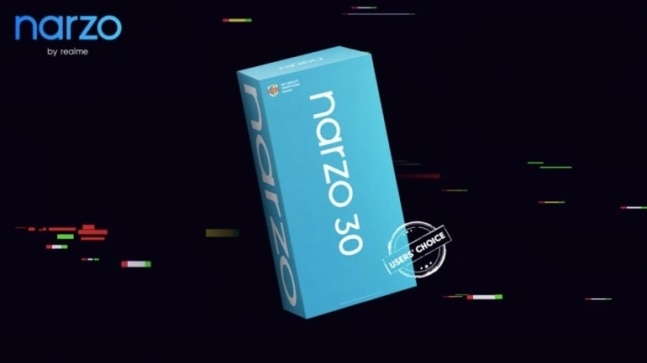 Realme Narzo 30 series may be the next to arrive in India. It was confirmed when Realme ran a poll to declare the best design for the Narzo 30 retail box, and later the winning design was announced. This was pretty much everything available through official sources about the Narzo 30 series. Coming to the rumour mill, we have a lot more to learn about the new series. While Realme Narzo 30 series launch date for India has been tipped, a leaked poster has suggested there will not be the marquee device this time.

Picking up the first chunk. A report by MySmartPrice has said, citing industry sources, that the Realme Narzo 30 series will be launched in India towards the end of February, between 21 and 28. This somehow fits in the current series of events. Realme got the retail box design voted for recently and then it announced the design. The phones have already been spotted on the BIS website and TENAA platform where 5G connectivity was confirmed. And then Realme India boss teased that the company is working towards bringing an "even more economical" 5G phone in India.

The second leak is a poster that a Twitter user who goes by, well, the same as I do (Shubham). According to him, this poster was put up in a Realme store, which means the Narzo 30 series may be available in offline stores at the same time when it goes on sale on online channels. But that is not the takeaway. This poster reveals this series will have just two phones, the Narzo 30 Pro and the Narzo 30A. The Narzo 30 vanilla model is probably not going to make it this. This also means there could be a long list of differences between the two phones because Narzo 30, which could have the middle ground, is not there.

The poster also reveals the specifications of the Narzo 30 Pro phone, and this is the first time we are getting to know about them. The Narzo 30 Pro could rock a MediaTek Dimensity 800U processor, which also powers the Realme X7. The Narzo 30 Pro will indeed be a 5G phone, thanks to this chipset. The phone will also have a 120Hz Ultra Smooth Display, as seen in the poster. Now, I doubt it will be an AMOLED display because Narzo 20 Pro is supposed to be a cheaper phone than the X7, which costs Rs 19,999. And even though X7 has an AMOLED display, the high refresh rate is missing. So to make a balance, there could be an LCD with 120Hz refresh rate on the Realme Narzo 30 Pro.

The Narzo 30 Pro can be seen having a setup of three cameras and the LED flash on the back in a rectangular module while the front camera is inside a punch-hole. The Narzo 30A, on the other hand, can be seen having three cameras inside the square-shaped island, much like how it is on the Realme C15. On the Narzo 30 Pro, the fingerprint sensor could be integrated into the power button while the Narzo 30A has it on the back. The former will come in two colours, grey and blue, while the small sibling, Narzo 30A, will be offered in a pale blue colourway with maybe grooves on the back.

Realme is expected to announce the launch information about the Narzo 30 series soon, which is when we will know the launch date among other things.

Carl Pei's Nothing takes over Essential