Realme India CEO Madhav Sheth has announced the cancellation of the Narzo series on Twitter. 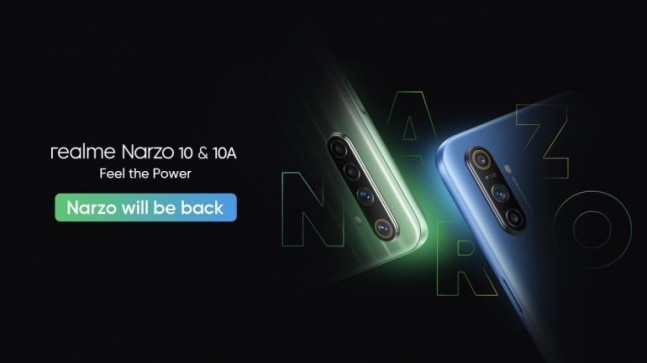 Realme has announced that it has cancelled all the upcoming launches, including the Narzo series, amid the country-wide lockdown. In a tweet sent on Wednesday morning, Realme India Madhav Sheth has expressed his concerns over the grave situation in the country that has seen more than 500 positive cases for Covid-19. He said that it's time for us to focus on our family & ourselves. While Realme is suspending the launches of its upcoming phones, it has also halted the production at its facilities across India.

The 21-day blanket lockdown, announced by PM Modi on Tuesday evening, has brought the entire country to a standstill. The tech industry is not untouched by the impact of the coronavirus pandemic, causing disruption in the regular functioning. Realme previously took some preventive measures to minimise the movement at their office, which is why the launch video for Narzo series was pre-recorded and scheduled to be streamed on YouTube on March 26. The sale of the Narzo series, however, was announced to have been postponed amid the adverse situation.

With respect to the announcement made by our Honourable Prime Minister yesterday, we have decided to suspend all upcoming launches including #realmeNarzo series.

Time for us to focus on our family & ourselves. Stay at home, stay safe & cooperate with local authorities. pic.twitter.com/4FmdanvgHL

Realme has not said when the suspension will be lifted from the launches and when its new smartphones will begin to flourish in the market. The tenure of the lockdown is 21 days, which will likely impact the deliveries of the phones since both Flipkart and Amazon have restricted online orders to only essential products that might be needed during the lockdown.

The Realme Narzo series includes two phones - Narzo 10 and Narzo 10A. While the Narzo 10 is said to be a rebranded version of the Realme 6i that debuted in Myanmar sometime back, the Narzo 10A is a the Realme C3 (non-Indian variant) in a different avatar for the Indian consumers. So far, some specifications of the Realme Narzo series have also surfaced, including the MediaTek Helio G80 SoC, 64-megapixel quad cameras, and more. It was tipped to be positioned below the Realme number series in India, with a pricing of Rs 10,000 - 15,000.