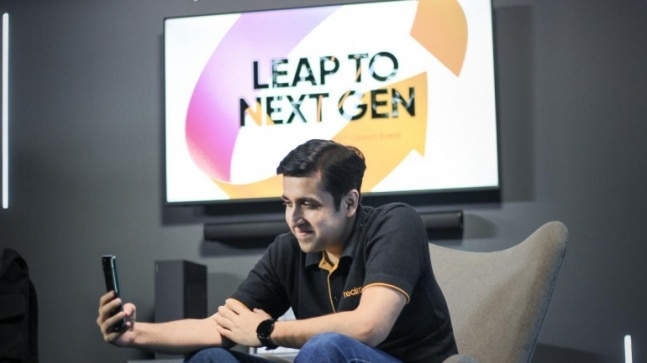 Realme is putting out all the stops for its October 7 event. It is calling a "Leap to Next Gen" event where not only the smartphone but a huge range of gadgets will also launch. We already have these products confirmed by Realme, so there is barely a doubt over even a single product. Realme is launching the 7i under the Realme 7 series, a brand-new 55-inch SLED 4K TV, Buds Air Pro, a new soundbar, an electric toothbrush among other things. It is going to be a busy event tomorrow but, in case, this gets overwhelming for you, it is better to know the products beforehand.

The third model in the Realme 7 series, the Realme 7i brings the best of the marquee Realme 7 smartphone. It will come with a 90Hz display, four cameras at the back, and a 5000mAh battery. Although since the price is going to be less than that of Realme 7, there will be some trade-offs. You are getting 18W fast charging, instead of 30W that is featured on the Realme 7. You are also getting a different set of cameras. But anyway, it is going to take forward from Realme 6i.

It has been long coming. Realme had teased the 55-inch TV back when it was launching its first smart televisions in India. Apart from the large size, this model will be radically different from the existing Realme TV models -- or rather any TV model available in the market today. Realme has used the new SLED technology that bridges the gap between an LED and OLED while taking care of affordability. Realme has explained what this technology is but what you, as a customer, should understand that this will likely shake up the premium TV market in India

What fun will there be without a good sound system? You have the large 55-inch TV right there but to make the experience complete, Realme is launching a soundbar system. This system includes a soundbar and a subwoofer, giving a total output of 100W. Theoretically, this sounds like one promising product for people looking to take their home entertainment experience a notch higher.

Much like the Buds Air, the Buds Air Pro will focus heavily on good quality sound and its utility as wireless earbuds. But you are getting the popular active noise cancellation feature this time with Buds Air Pro. We already have our clearest look at the Realme Buds Air Pro, thanks to teaser images shared by the company's Madhav Sheth. Now, we are waiting for more details and, obviously, the price of the brand-new TWS earbuds from Realme.

However convenient and hassle-free TWS earbuds might be, there is always a place for neckbands that a large chunk of users does still prefer. Realme is revamping its Buds Wireless neckband to offer active noise cancellation for less price. Guess the word 'Pro' for both audio products means ANC onboard. Let us wait for the official details on the Buds Wireless Pro.

Realme introduced its first electric toothbrush called M1 Sonic recently. It is now coming up with another one called N1 Sonic. I am not sure whether the upcoming electric toothbrush is more advanced than the existing one, but they, surely, will expand the portfolio and give customers more choices. Official details to be announced at tomorrow's event.

Realme has a good range of power banks already and it is adding another one. It has confirmed to launch a 20000mAh power bank that is way too capacious for charging a regular smartphone almost five times.

Realme is launching a tripod to cater to your selfie-clicking habits. Not all selfies come out as good as you want when you use your hands. A tripod, in that case, helps. The details for this tripod will be out tomorrow at the event.

Realme launched its first smart security camera back at the IFA event in Berlin. It is bringing that camera to India tomorrow. The security camera uses the Internet to relay video feeds and is expected to be controlled using the Realme Link app.