Realme Q-series launch set for October 13: Everything about this Android 11 phone

Realme's Q-series will likely have two smartphones Q2 and Q2 Pro that will launch the same day as the Apple iPhone 12. 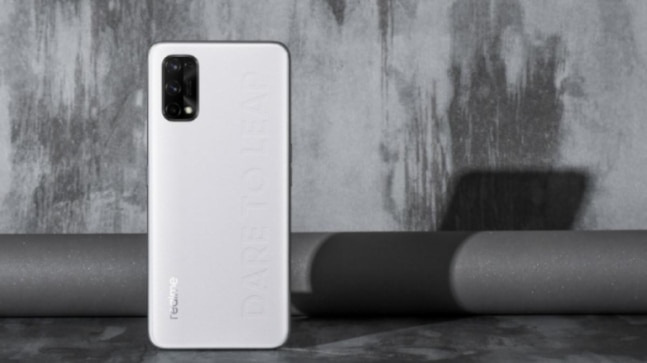 Realme Q-series is launching in China on October 13, the same day Apple will launch its iPhone 12. The company took to Weibo to announce the launch date through a cryptic teaser, which does not explicitly tell the specifications of the upcoming series. There are going to be two models under the Q-series: Realme Q2 and Q2 Pro. But there is one thing certain.

The Realme Q2 and Q2 Pro will be brand's its first two smartphones to come with Android 11 out of the box. They will have the Realme UI 2.0 on top. The Realme UI 2.0 was introduced only a few weeks back when Google rolled out Android 11. It is available on the Realme X50 Pro 5G under the beta channel, which means there are going to be some bugs for now. But the stable version is expected to roll out soon after the Q2 series is launched.

We are not sure about the hardware on the Realme Q2 series. But we have been treated to some of the official renders of one of the phones. There will be a quad-camera setup on the back, in the same manner as on the Realme X7 or Realme V5. One of the cameras will have a 48-megapixel sensor, according to previous leaks but nothing is set in stone yet. There will be a leather finish on the back of the phone, with Realme's motto "Dare to Leap" engraved on it.

Realme recently introduced its first special edition phone flaunting vegan leather on its back. It is called the Realme 7 Pro Sun Kissed Leather edition and costs the same as the regular models. Maybe Realme will launch more leather-finish smartphones after the Q-series manages to receive a welcome response in the Chinese market and outside of it should Realme chooses to go global with the Q-series.