Realme GT 5G is arriving on March 4 globally but get ready to see another flagship phone from the company later this year. 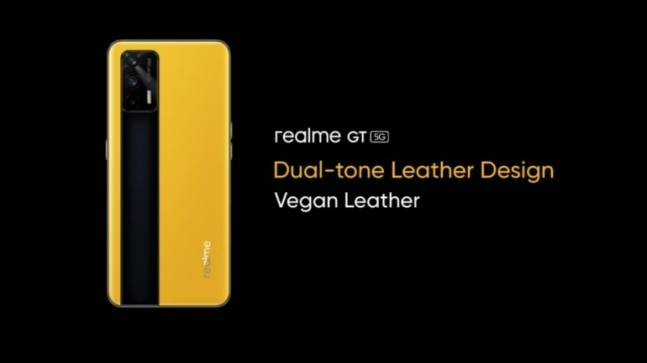 Realme has announced it will launch two flagship smartphones in a year going forward. This would mean the upcoming Realme GT 5G will have some company by another phone with just as powerful specifications later this year. But what will set these two flagships apart will be the chipset powering them. While one flagship phone will run on a Qualcomm processor - in the case of Realme GT 5G, the other one will house a MediaTek chipset. What it means for customers is that both the flagship models will be equally capable within their category. However, Realme says the differences between the flagships will boil down to the performance and camera specifications.

At the Mobile World Congress Shanghai, Realme showed off the upcoming Realme GT 5G flagship phone that is slated to be launched globally on March 4. But, at the same time, Realme announced its new "Dual-platform, Dual-flagship" strategy for the mid-to-high end markets it operates in. Realme said it will bring a "more comprehensive" product family of mid-to-high-end smartphones that will catapult it further into the premium category. This would essentially mean Realme will launch a flagship with the Qualcomm Snapdragon 8-series and another one with the MediaTek Dimensity platform each year, starting with this one. This strategy is similar to Samsung's that it has been following for its Galaxy S and Galaxy Note lines so far.

So, while one flagship will focus on the overall performance, the one will emphasise the camera performance, according to Realme. Madhav Sheth, Vice-President of Realme and CEO of Realme India and Europe said, "I am confident that The "Dual-platform Dual-flagship" strategy will help us achieve a significant share in the mid-to-high-end products segment as a part of our brand development. The Realme GT is based on our 'Dare to Leap' spirit and is an indication of what Realme has in place for its users this year. Realme GT represents our philosophy of forefront of innovation of technology, design and product value, which is something that young people can resonate with."

Realme also confirmed the Realme GT 5G will come in a Racing Yellow colour that will encompass a combination of yellow and black colours painted on vegan leather. To achieve this design, Realme says, it "pioneered a one-piece moulding process for the back cover and the inner frame, making the Vegan Leather fit more tightly with the black glossy "race track" finish." The vegan leather quality has also been upgraded to be more delicate, textured, and produce a better colour effect. There will also be the stainless steel VC cooling system inside the phone that, the company says, will help the phone's heat dissipation performance by using stainless steel in the cooling system and optimising the mechanism's structure. Realme GT 5G is also confirmed to be powered by the Snapdragon 888 processor.

For now, Realme has not said when this second flagship smartphone will be launched. Since the GT will use the Qualcomm chipset, this imminent flagship will house a MediaTek processor. And both these phones will support 5G.

Airtel and Qualcomm to collaborate for 5G, cost effective broadband services in India