Realme has announced products such as the Realme Smart Camera 360°, Realme Smart Plug, Realme N1 Sonic Electric Toothbrush at its Leap to the Next Gen event. 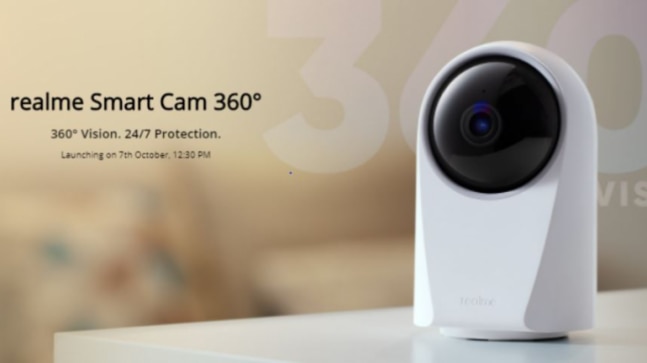 Realme has had a busy day today. At its 'Leap to the Next Gen' event, Realme announced a number of new smart lifestyle products. Among the list of announcements, the most interesting definitely is the Realme smart TV SLED 4K smart TV which is being billed as the world's first 4K SLED smart TV.

However, there were other interesting products too which could in the coming weeks and months help the company consolidate its position in the market. In a bid to further its vision to emerge as the leading tech-lifestyle brand with a strong AIOT portfolio, Realme also announced products such as the Realme Smart Camera 360°, Realme Smart Plug, Realme N1 Sonic Electric Toothbrush, Realme selfie Tripod and Realme 20000mAh Power Bank 2.

The Realme N1 sonic electric toothbrush comes with a powerful sonic motor which can vibrate up to 20,000 times/minute. Equipped with an 800mAh large battery, it has an incredibly long battery life and can last for up to 130 days for only one charge. It comes with Dupont 99.99% Antibacterial Bristles. It has 3 cleaning modes - Soft Mode, Clean Mode, and Polish Mode. Available in the colours of white and blue, the Realme N1 sonic electric toothbrush is priced at Rs 799.

The Realme Smart Plug was also launched at the event. It promises to connect gadgets and electronic devices to smart home networks effortlessly and supports Wi-Fi connectivity, enabling users to control it via Realme Link as well as Google Assistant and Amazon Alexa. It is priced at Rs 799.