The Realme Smart TV 43-inch model brings in some interesting features but it has to face the Mi TV 4X 43-inch in India. If you are looking for a new smart TV, which one of these should you choose? 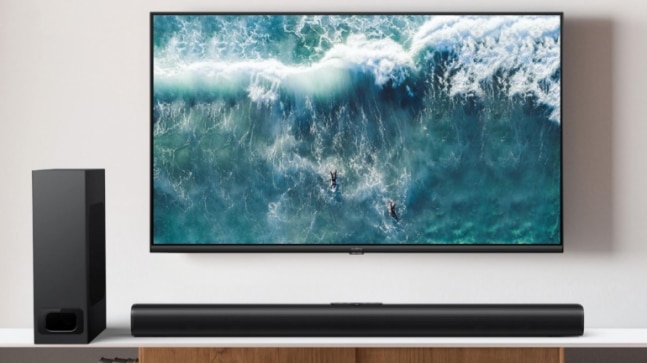 The smart TV space in India is getting crowded as you read. Xiaomi has been dominating the affordable smart TV space for a long time, with Samsung and Vu playing catch-up. Xiaomi's formula of cutting-edge features at incredibly lower prices keeps on being a hit, year-after-year. It was only a matter of time before someone challenged its supremacy with an equally good product. Enter Realme.

Realme has announced two smart TV models in India today and the bigger one, which is the 43-inch model, has been priced quite competitively. At Rs 21,999, the Realme Smart TV 43 is quite close to Mi TV 4X 43 and if you look at the specifications sheet, these two are almost identical. For most buyers, choosing between two could be like choosing between Marie biscuits from different brands.

However, fret not as we make it easy for you to make up your mind. Do note that we haven't reviewed the Realme Smart TV yet and hence, our comparison is based on specifications alone. Design is always subjective and it would be unfair on our part to pick one as the better one. The Realme Smart TV 43 looks like most flat-panel TVs but the bezels are noticeably thinner and the bottom bezel tries to add some flair to the furnishings. From the renders alone, it appeals highly. That said, the Mi TV 4X 43 has an understated design and it definitely fits flush with most household furniture.

This is where the Realme TV appears to have an edge over the Mi TV. With the Mi TV 4X 43, Xiaomi can only manage to offer a stereo speaker setup of 20W. Realme has managed to outdo Xiaomi with its quad-stereo speakers, rated at a total of 24W. Theoretically, the
Realme TV can produce better sound quality.

Both the Realme Smart TV and the Mi TV 4X 43 have a similar number of ports for connectivity. You get three HDMI ports, two USB ports, one AV port, one LAN port, a RF port and an S/PDIF port.

When it comes to wireless networks, the Mi TV has a clear advantage. The Mi TV 4X 43 supports 2.4GHz and 5GHz Wi-Fi whereas the Realme TV only latches on to 2.4Ghz networks.

Both these smart TVs rely on quad-core processors based on the A53 core. The Realme TV uses a MediaTek chipset whereas the Xiaomi TV uses the Amlogic chipset.

Both these smart TVs run on Google's certified Android TV OS, with support for Netflix, and Prime Video. The Mi TV 4X 43 comes with PatchWall 3.0, which is a custom interface from Xiaomi that brings together content from all platforms. PatchWall shows the latest TV shows as well as movies from different OTT platforms. It also offers a one-step shortcut to DTH TV interface.

We are yet to review the Realme Smart TV 43 but based on what we know, it seems that the Mi TV 4X 43 has a slight edge over the Realme TV. Xiaomi offers better specifications, a 4K panel, and better wireless connectivity. The Realme Smart TV promises better sound quality with its quad speakers and a more user-friendly remote controller.