Realme will launch three new phones on April 8 and these will be meant for entry-level customers. 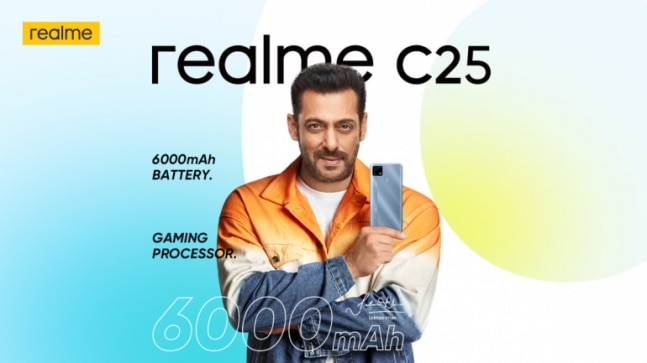 Realme C25, C21, and C20 launch in India will take place on April 8, the company has announced. In media invites, Realme has said the new C-series smartphones will bring "an evolved user experience for entry-level smartphone users." The biggest advantages to customers from these phones are going to be a huge battery and big display. The Realme C25 packs a 6000mAh battery while the C21 and C20 have a 5000mAh unit each. And all three upcoming C-series phones have the same 6.5-inch HD+ display in common.

The upcoming C-series will be an upgrade over last year's C11, C12, and C15 phones. Although it was a trio of phones, Realme actually launched five C-series phones in total in 2020. The first one was Realme C3 that arrived last year in February. Then there were the C11, C12, and C15 smartphones. And later, Realme launched the C15 Qualcomm Edition, a slightly tweaked version of the C15 with the Snapdragon 460 processor inside. I am not sure if Realme is planning a similar strategy for the C25, which will sit atop in the C-series this year so far.

Realme will hold an event on April 8 at 12.30 pm to launch the three C-series phones. The event will be online-only and live-streamed on YouTube, Facebook, and Twitter. Realme will likely announce the price and availability details of C25, C21, and C20 phones at this event.

The Realme C25 is the top-tier phone in the new C-series but it has a few features in common with the other two. All three phones come with 6.5-inch HD+ LCDs. While the C20 and C21 are powered by a MediaTek Helio G35 processor, the C25 uses a MediaTek Helio G70 chipset inside. The C25 is also the only phone to come with Android 11 out of the box while the other two still run Android 10-based Realme UI.