Realme India CEO Madhav Sheth has made one too many revelations about the products, which include the Realme TV, Realme Wireless Charger, and the Realme Band. 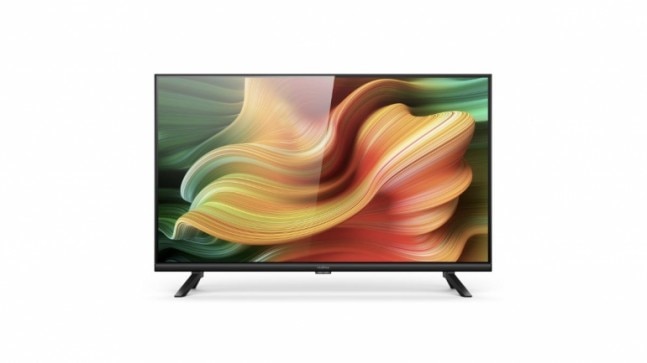 Realme TV was launched recently in two sizes, 32-inch and 43-inch, but there was one more 55-inch variant that was never unveiled. But it is coming soon to India. According to Realme India CEO Madhav Sheth, the 55-inch variant of the Realme TV could arrive next month. The confirmation was made by Sheth in his latest episode of Ask Madhav series on YouTube wherein he also revealed that the music control on Realme Band is now rolling out while more watch faces will arrive soon. He also revealed that the wireless charger for Buds Air will be launched soon.

In his latest episode, Sheth made quite a few confirmations about the products that already available in the market or are about to launch. The first such product is the most premium model of the recently-launched Realme TV. Before the official announcement of the Realme TV last month, there were speculations that the brand would launch at least three models in India - the one with a 32-inch size, a 43-inch model, and the biggest one with a 55-inch display. But only the first two made it to the launch event. Sheth has now told the 55-inch model could arrive in India as early as July.

Without sharing much about the specifics of the timeline, Sheth moved to another question that was about the Realme Band. Realme Band, priced at Rs 1,499, was launched a few months earlier with some preloaded watch faces and standard functions. However, unlike other fitness bands in the market, the Realme Band lacked support for music playback. Sheth has said the update that brings music controls on the band is rolling out now while the company is working on new watch faces that it will roll out "very soon."

The next question Sheth answered was about the Realme's wireless charger that was glimpsed with the Buds Air but never made it to the market. According to the Realme India CEO, the wireless charger for the Buds Air will launch in India in the coming days. There is no concrete timeline to when the launch would take place, however.

Sheth has also said that the Narzo series and Realme 6 Pro will be available in the offline market after a query urged him to reveal the status of availability of the two smartphones in both online and offline channels since they are always "out of stock." The company had to suspend the manufacturing of smartphones during the lockdown, which could only be resumed after relaxations began coming in from the government. Realme has said it is trying to make both the smartphones available to its offline and online buyers across India.