Realme TV for Rs 10,999 in Flipkart sale is a deal that makes total sense 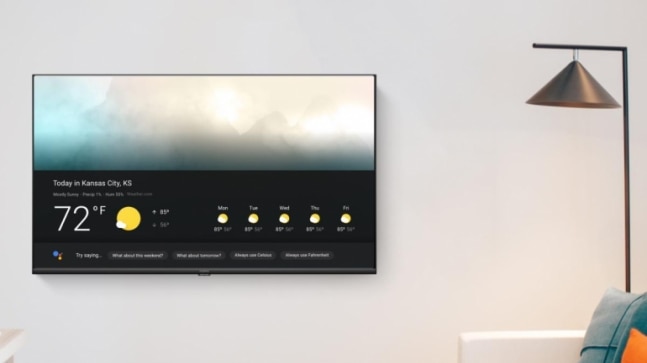 Flipkart Big Billion Days sale has kicked off early for Flipkart Plus members. You get discounts on a range of products before the non-subscribing customers, which means you can call the dibs on your favourite product before it goes out of stock. There are some interesting deals that you can see on Flipkart, including those on smartphones, TVs, laptops, smartwatches, and gaming consoles among other things. We will be handpicking some of the best deals that Flipkart has to offer under the Big Billion Days sale.

Today, you can get the Realme TV for Rs 2,000 less. The 32-inch model of the Realme TV was launched for Rs 12,999 but it is available for Rs 10,999 in the Flipkart Big Billion Days Sale. This is a blockbuster deal if you see the total discount that you are getting on the Realme TV. Not just Rs 2,000 off, but you can also get further 10 per cent off when paying through an SBI Credit card. After the 10 per cent discount, the effective price will be around Rs 9,899 for Realme TV. You might not get this sort of discount on the Realme TV again.

Realme TV is an affordable range television that brings Android TV for less than Rs 13,000 now. It has a 32-inch HD Ready panel along with 24W speakers with Dolby Audio that are more than enough to fill your room with good sound. The panel itself is decent enough to watch movies and shows on Netflix, YouTube, Amazon Prime Video, and Hotstar. Since it runs on Android TV, you can download and install more apps, including Voot and ZEE5. For certain apps, you have the hotkeys on the remote control, which open the apps directly. And finally, you have Google Assistant at your service on the TV that can even control smart home devices with your voice.