Realme is holding an event in China tomorrow to launch the X7 series but that could also see the launch of the V3. 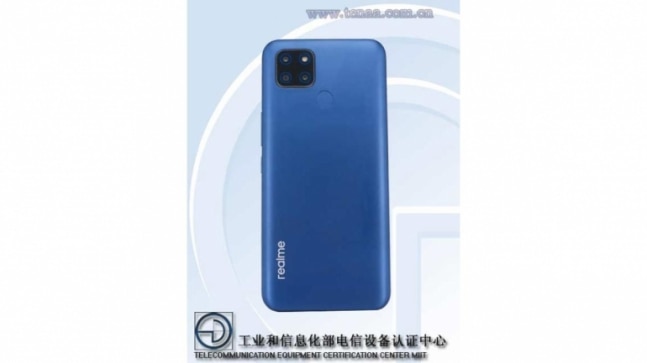 Realme is apparently launching a new smartphone in China on September 1. There is nothing surprising about Realme launching a smartphone; it happens quite often. But one thing that is unusual and praiseworthy is that this smartphone is going to be one of the most affordable 5G handsets by far. Realme V3 could be a toned-down V5 that will support 5G connectivity and cost as low as $146, which is roughly Rs 10,700.

A Weibo report suggests Realme V3 could launch on September 1 in China shortly after the V5 was launched. The Realme V3 is expected to be powered by a MediaTek chipset. The report also cites TENAA listings that mention three Realme models: RMX2176, RMX2121, and RMX2200. The RMX2200 is speculated to be the Realme V3, per the Weibo report.

All three of them have previously been spotted on TENAA, as well, wherein the other two models could belong to Realme X7 and X7 Pro. The Realme X7 series is set to launch on September 1, meaning the brand is planning to launch all three smartphones together.

So if we are going by what the TENAA certification website says, the Realme V3 could have a 6.52-inch HD+ IPS display and have a 4890mAh battery. It is listed to be powered by a 2.0GHz octa-core MediaTek Dimensity 720 5G processor, paired with up to 8GB of RAM and 128GB of onboard memory.

The Realme V3 will come preloaded with Android 10-based Realme UI. The cameras include a 13-megapixel primary sensor at the back, accompanied by two 2-megapixel sensors. An 8-megapixel shooter could be there on the front for selfies on the Realme V3. And there could be a fingerprint sensor on the back.

The TENAA listing has also shown what the V3 could look like. Its design is very similar to that of the Realme V5 that has the rectangular island on the back for cameras. But there is no clarity on whether there will be a punch-hole on the display, much like that on the Realme V5.

If the rumour turns out true tomorrow, the Realme V3 could be the most affordable 5G handset there is available from Realme. Moreover, it could be launching in China for now and its global availability is unclear.