Realme V5 has been revealed in multiple teasers the company posted on the Chinese social media website Weibo. 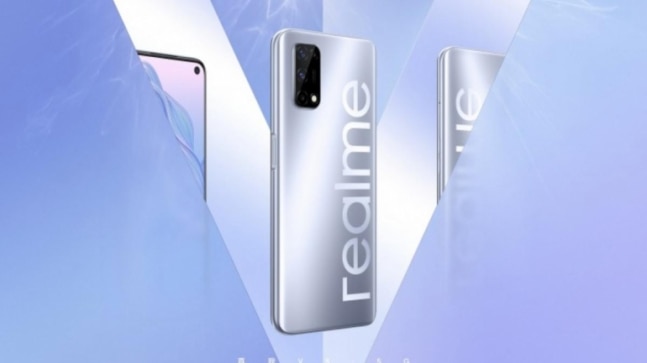 Realme began teasing a new smartphone series earlier this week. It revealed the next series will be focused on cameras and that there will be four of them. The Chinese company has now announced the upcoming series will be called V-series and V5 is going to be the first smartphone under it. The Realme V5 is confirmed to come with quad cameras at the back, which is not new at all because most of the company's existing smartphones, too, have four shooters. But what will set the Realme V5 apart is its camera design. The camera design has been changed from the vertical stack to more like what Samsung Galaxy M-series phones have.

In a Weibo post, the Realme V5 was teased in all its glory. The design and look of the smartphone were confirmed by the company. It will have four cameras at the back, packed inside a cuboidal island with rounded corners -- something we have seen on the Galaxy M-series phones. The inscription on the camera module shows a 48-megapixel primary sensor has been given on the smartphone. The details of the remaining sensor are not clear from the teaser, but there should be leaks covering them in the coming days. Moreover, Realme branding on the smartphone is similar to what we saw on the Narzo 10A. It has a matte finish on the back panel, which looks like made of glass material.

Apart from the design, the smartphone will have the fingerprint sensor integrated to the power button on the right side. The power button, volume rocker, and the SIM card tray are all on the left of the Realme V5. The Realme V5 will have a punch-hole display with a single camera on the front, as well. There is nothing else available about the smartphone. Its specifications, such as the processor and display features, are still a mystery.