Realme Watch design and features teased ahead of launch

The Realme Watch is touted to have the biggest display in its price segment. 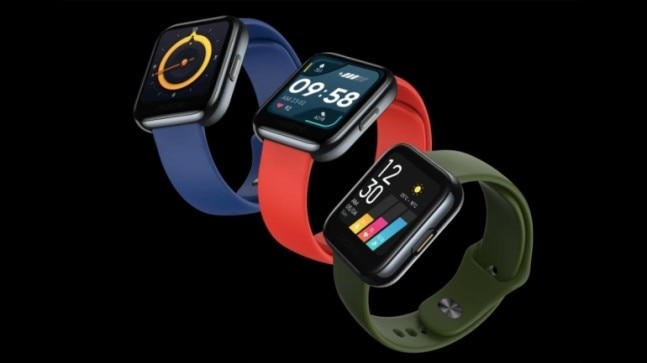 Realme Watch has been official detailed ahead of its May 25 launch in India. The upcoming smartwatch from the company will have a square dial with a 1.4-inch display, which makes it "the biggest" one in the segment. while the pricing and availability details are reserved for the launch day, Realme is pulling out all the stops to entice buyers as sales of non-essential items have resumed with the lockdown relaxations. The Realme Watch will also have an Apple Watch-esque strap, as seen via the official promotional material now available on the Realme website.

The upcoming smartwatch from Realme will come in single 1.4-inch display size. It will be a touchscreen display, unlike the one-point touch panel used on the Realme Band. Realme is offering customisation options on straps and the smartwatch's colours. The Realme Watch will be available in blue, red, and green colours while there will be classic and fashion variants for the strap used on the smartwatch. The fashion strap will be launched later, the website has mentioned. The smartwatch has thick bezels all around, with the bottom chin emblazoned with the Realme logo.

Realme is also offering preloaded watch faces on the Realme Watch, but users will be able to create their personalised watch faces. The Realme Watch has been confirmed to come with smart notifications feature on supported apps, music playback controls, and a camera shutter control. For pairing, Realme Link app will come in handy, which could also allow the smartwatch to sync with the paired smartphone. Realme Link is available on Android as of now, but the company has told us the iOS app will be out soon.

Since the Realme Watch will also serve health-related functions, there will be as many as 14 sports mode preloaded on it. They include football, basketball, table tennis, bike, swimming, spinning, elliptical, yoga, cricket, running, walking, treadmill, badminton, aerobics, and fitness. All of these modes will be monitored using the "Intelligent Activity Tracker", as per the company website. Realme Watch will also come with a 24x7 health assistant, which will be responsible for tracking user's health in real-time. The components used for real-time health tracking include a heart rate monitor and a blood oxygen level (SpO2) monitor.

Despite the entire showcase of features on its website, Realme has kept quiet about a few Realme Watch features. For example, the battery capacity and water resistance on the Realme Watch have not been officially confirmed. But some previous reports have suggested the Realme Watch will pack a 160mAh battery and that there will be IP68 dust and water resistance on the smartwatch. Since this piece of information is not confirmed, readers are advised to take it with a pinch of salt.

Google experiments with touch-sensitive fabric cords that will help control music, other media