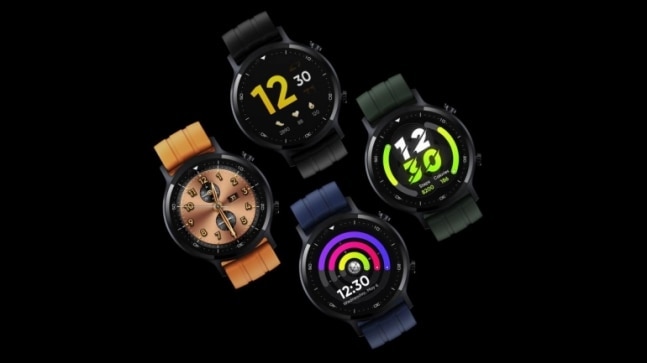 Realme Watch S and Watch S Pro will launch in India soon. In the latest episode of his Q&A videos, Realme India boss Madhav Sheth said, "We are working on the launch date of Realme Watch S and S Pro. I will share it with you guys as soon as we finalise it." The Realme Watch S is launching in Pakistan on November 3, which could also be when India will get the next-generation smartwatch from Realme. However, the timeline for Realme Watch S Pro is not clear.

At IFA 2020 held in Berlin, Realme announced its more advanced smartwatch called the Watch S Pro. It teased there will be an AMOLED screen on the watch and that it will sport a circular design, which will be different from the rectangular Realme Watch design. This preliminary piece of information was about the Realme Watch S Pro. But a few days back Realme confirmed what the smaller version, Watch S will get.

Realme Pakistan shared that the Watch S will have a 1.3-inch auto-brightness touchscreen display in a circular shape. It will have a heart rate and a blood-oxygen monitor on the bottom. There will be 16 Sports mode on the Watch S. The company is also touting a 15-day battery life on the Watch S. The Realme Watch might have a 390mAh battery, according to the FCC listing but this information has not been publicly shared. There could also be magnetic charging support on the smartwatch.