Realme X3, X3 SuperZoom, and Buds Q to launch in India today: Should you be excited?

The Realme X3 SuperZoom brings the mighty periscope camera with 60x digital zoom to an even affordable segment, but should you hold your breath? 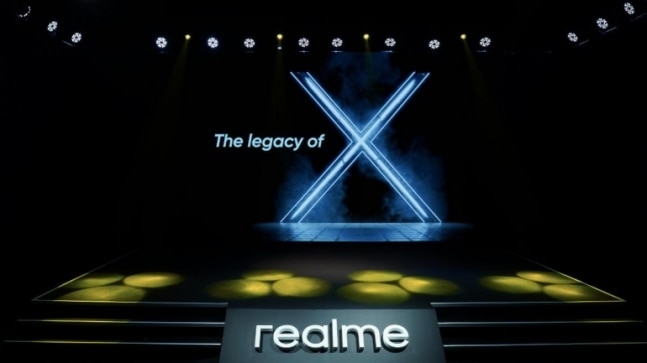 Realme X3, X3 SuperZoom, and Buds Q are set to launch today in India. The launch will be held online and comes close on the heels of the launch of Realme TV. Of the three products confirmed to debut in India at the event, two have been already launched. Last month, Realme launched the X3 SuperZoom in Europe while the Buds Q earbuds were launched in China. The Realme X3, on the other hand, has been the in the rumour mill and this will be its first unveiling. Realme's X3 series is the sequel to the X2 series while the Buds Q earbuds will create their own market in the entry-level segment. Realme could also announce new backpacks at today's event.

The Realme event will begin at 12.30 pm today, June 25 and will be live-streamed on Twitter, Facebook, and YouTube for you to catch up with the real-time announcements. Realme will launch the X3 and X3 SuperZoom smartphones, and Buds Q earbuds at the event.

We do not know the official pricing of the X3 series smartphones or what the Buds Q earbuds will cost. But a little guesswork suggests the Realme X3 SuperZoom will be priced around Rs 43,000 going by what the smartphone costs in Europe (EUR 499). The Realme Buds Q were launched in China for CNY 149, which translates to Rs 1,600. Moreover, Realme's marketing chief also suggested the earbuds will cost under Rs 2,000 in India. The Realme X3 will be the fresh smartphone to make its debut today and there are no indicators to guess its pricing. The Realme X2 was launched for Rs 17,999.

Should you wait for Realme X3 series and Buds Q?

The Realme X3 SuperZoom is the company's ambitious smartphone as it brings a periscope camera to the club. It was launched in Europe with the details on how the cameras on the Realme X3 SuperZoom can achieve a digital zoom of up 60x, which theoretically sounds impressive. Moreover, it packs the Snapdragon 855+ processor under the hood, which was last year's most capable mobile phone processor from the house of Qualcomm. So, we can expect a performance that is on par with last year's flagship smartphones, which is good as well.

The Realme Buds Q earbuds will bring the truly wireless audio to even more affordable segment, when compared with the previously-launched Buds Air Neo. And since Buds Q earbuds come from a known brand such as Realme, it will make sense for you to go for these earbuds instead of some counterfeit products of the same type.

Vodafone prepaid plans offering extra data benefits at no additional cost: All you need to know