The Realme X50 Pro 5G will come with some top-of-the-line specifications, including a 90Hz display and a Snapdragon 865 processor. 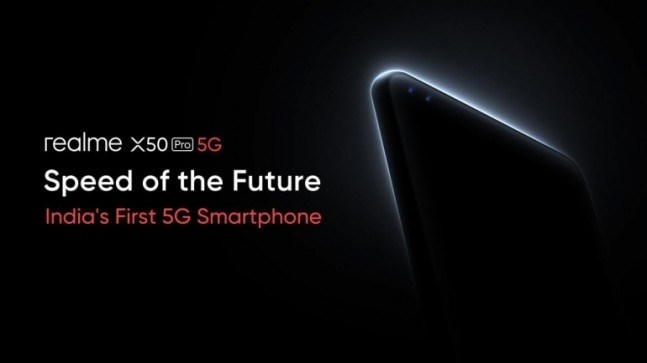 Realme X50 Pro 5G, the first flagship 5G smartphone from the brand's kitty, is set to make its debut on February 24. After the MWC 2020 was cancelled, the company announced the change in plans wherein it has decided to hold an online event in Madrid, Spain to launch the Realme X50 Pro 5G. Now, it seems Realme is hosting a simultaneous event in New Delhi, as well. Realme has sent out media invites for the launch of X50 Pro 5G in India on February 24.

But while Realme could now become the first brand to launch India's first 5G phone, the X50 Pro 5G may take some time before hitting the shelves. India does not have a 5G network infrastructure, which makes the proposition meaningless for Realme and IQOO. The Telecom Regulatory Authority of India (TRAI) is yet to float a paper among the telecom companies and initiate the auction process for 5G spectrum. Analysts have speculated 5G will not be commercially available until next year, which has some weight given the current scenario.

Talking about the Realme X50 Pro 5G, the smartphone will be the company's first flagship device sporting 5G. It was scheduled to make global debut at the MWC, which now stands cancelled due to the Coronavirus fear. Circumventing the situation, Realme decided to shift the launch to an online event that is slated to take place in Madrid on February 24. The recent news now confirms the launch will be held in New Delhi as well. Alongside the X50 Pro 5G, Realme also announced it will launch its first smart television at the MWC. But post the cancellation of its MWC event, Realme has stayed mum over the launch of its smart TV. That said, the event microsite on Realme India website mentions "1 More Thing", which could be the Realme TV.

Realme X50 Pro 5G will be the brand's first 5G flagship smartphone that will rock a Snapdragon 865 processor. It will pack a 90Hz display with a dual punch-hole setup, along with the company's new 65W SuperDart Charge technology, which was previously rumoured to debut on the Realme X2 Pro. It will pack 12GB of RAM and 256GB of internal storage out of the box, and will run Android 10-based Realme UI. It will come with a quad-camera setup at the rear, comprising one 64-megapixel camera, that can offer 20x zoom capability.