The Realme X50 Pro 5G is on a streak of being the first in every department. It is now the first phone to feature the NavIC system. 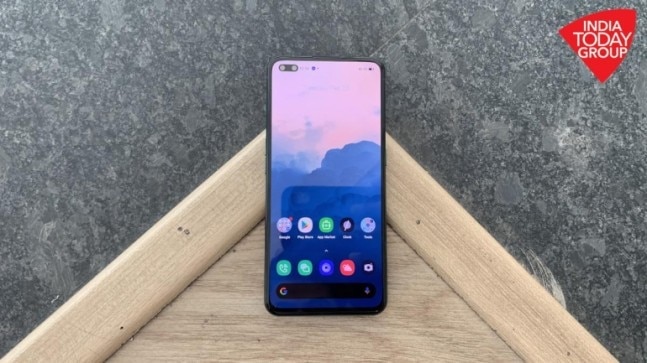 Realme X50 Pro 5G - India's first 5G phone - is also the world's first smartphone that features the NavIC navigation system. NavIC is the satellite navigation system developed by India's premiere space agency, Indian Space and Research Organisation. The announcement was made by Realme India CEO Madhav Sheth on Twitter, also revealing the Realme 6 series phones, slated to launch on March 5 in India, will also support NavIC. Interestingly, Realme X50 Pro 5G has bagged one too many titles for being the first it is the first 5G phone in India, the first phone in India with a Snapdragon 865 SoC, and now, the first device to support NavIC not only in India but the world.

But the revelation that NavIC is supported on the Realme X50 Pro 5G was not made by Sheth. It was a Twitter user who pointed out that Realme X50 Pro 5G is listed to pack the NavIC system under its specifications page. Sheth responded to the tweet with this confirmation and said - Yes, our ultimate flagship, #realmeX50Pro features #NavIC & even our upcoming phone will feature it as well. He also added that the world's second phone to feature NavIC will also be from Realme and an announcement regarding this will be made on March 5 the launch day for Realme 6 series in India.

Yes, our ultimate flagship, #realmeX50Pro features #NavIC & even our upcoming phone will feature it as well.
So World's first, World's second, coming in a row, all for India.
Plan to talk more on 5th March. See you there with 1500 #realme fans. https://t.co/SXwcu1vYyI

Francis Wang, CMO at Realme India, re-confirmed the NavIC support by posting a screenshot of what looks like a background repository for the sensors in Realme X50 Pro 5G. The screenshot shows that the smartphone uses a total of 6 NavIC standards. Wang also took a jibe at Xiaomi by adding - "Here, product first, marketing later." - to the tweet.

The Realme X50 Pro 5G is powered by the Qualcomm Snapdragon 865 SoC, which was not a part of the list for eligible processors. Qualcomm had announced back in October last year that its chipsets will support NavIC, developed by ISRO. Later in January this year, Qualcomm launched three new chipsets the Snapdragon 720G, the Snapdragon 662, and the Snapdragon 460 with support for NavIC. It never said mentioned the Snapdragon 865 SoC as one of these that have embedded the receiver for the navigation system. But if we go by Sheth's confirmation, this could be true.

The NavIC support on the Qualcomm Snapdragon 865 SoC could also mean that IQOO 3 the second phone in India to feature the chipset too, has the receiver. IQOO is yet to confirm.

Funnily, when Qualcomm announced the NavIC-supported chipsets in January, Xiaomi was said to be the frontier that will adopt the chipsets on the Redmi phones which may have become the first ones with the navigation feature. In fact, Xiaomi India MD Manu Kumar Jain had tweeted earlier this week a picture of him with ISRO chief Dr K Sivan to announce that Redmi phone will be 1st in world to feature ISRO's NavIC system. Guess that may not happen now.