Realme is expanding its 5G smartphone portfolio in countries other than China and X7 Pro is a part of that strategy. 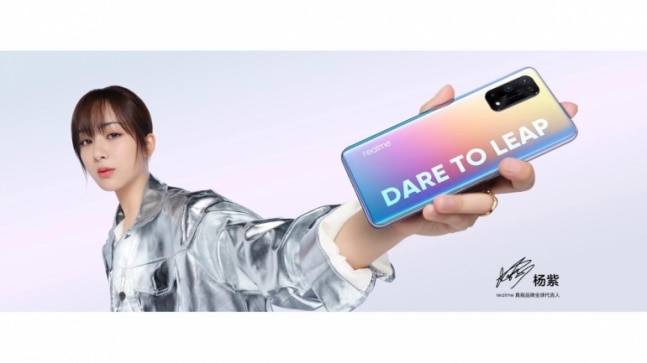 Realme X7 Pro arrived in China last month adding to the list of 5G phones from the brand. But a few pieces of evidence are pointing that the X7 series could make it outside of China. The latest one in the series is a listing on Taiwan's NCC agency website that is marked with the model number RMX2121, which belongs to Realme X7 Pro. Alongside, we also have some photographs to peek at.

According to MySmartPrice that managed to spot the listing, a Realme phone with model number RMX2121 might launch in Taiwan. This model number belongs to Realme X7 Pro, which means it will make it to the Asian country but there are no details on the marquee Realme X7. There are images that are available in the listing, revealing a 6.55-inch punch-hole display, quad cameras on the back, and a white colour option. The listing itself has revealed two batteries and 65W fast charging on Realme X7 Pro.

Some other documents attached to the listing show there will be at least 8GB of RAM and 256GB of storage. Other details are not available, but they will likely include the specifications the Realme X7 Pro in China has. This means the Realme X7 Pro could be the first smartphone with MediaTek Dimensity 1000+ SoC from the brand to make it outside of its home market. Taiwan got commercial 5G network earlier this year, which makes it an opportune time for Realme to launch the X7 Pro. Previously, Realme X7 Pro was spotted on the NBTC certification website, as well.

For now, we are not sure if the Realme X7 Pro will launch in markets other than Taiwan. Even the markets without 5G infrastructure could be under consideration since Realme launched its X50 Pro 5G in India back in February. We will have to wait for more details to emerge to get a clearer picture.