Realme is set to launch the X7 5G and X7 Pro 5G in India today to propel its mid-range 5G offerings. 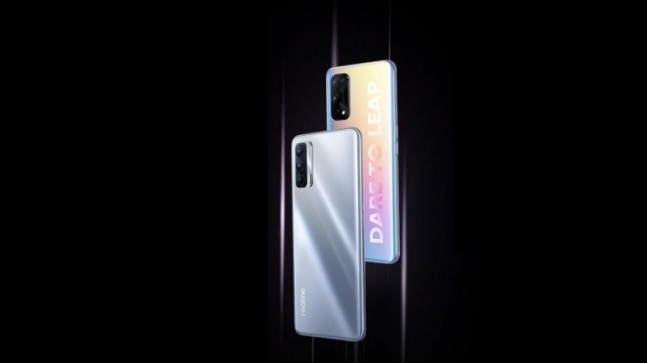 Realme X7 Pro 5G and X7 5G are set to be launched in India today. There will be a digital-only event that Realme will hold today to unveil the new 5G smartphones aimed at mid-end customers. These two handsets will mark the entry of Realme into the mid-range 5G phone market, and come almost a year after the company launched India's first 5G device, X50 Pro 5G back in February 2020. The X7 series for India is a little different for India because the vanilla model, X7 5G is a rebranded V15 5G from China instead of being similar to its Chinese counterpart. As such, there are some differences between the two phones with the same name. The X7 Pro 5G is, however, retained as-is.

The launch of the Realme X7 5G series will begin at 12.30 pm today. The live stream of the launch event will be available on YouTube, Facebook, and Twitter so if you want to catch real-time updates, you can log in. Realme will detail the two phones during the event, explaining their features. Since both phones were announced in China last year already, we pretty much know everything related to specifications. But what we do not know is the pricing and the availability details. Realme will announce this information at the event today.

The Realme X7 5G for India sports a 6.4-inch AMOLED 1080p display without support for high refresh rate. The smartphone also has Corning Gorilla Glass protection on the display while the screen-to-body ratio stands at 82.6 per cent. There is an optical fingerprint sensor embedded under the display. It is powered by an octa-core MediaTek Dimensity 800U processor that enables 5G connectivity on the handset.

For photography, the Realme X7 brings a 64MP primary camera, an 8MP ultrawide camera with 119-degree FOV, and a 2-megapixel macro camera. If you are into selfies, you will be happy the Realme X7 has a 16MP front-facing camera housed inside the punch-hole. It has up to 8GB of RAM and 128GB of internal UFS 2.1 storage that cannot be expanded. It runs Android 10-based Realme UI and has a 4300mAh battery with 50W fast charging technology.

On the other hand, Realme X7 Pro 5G has a 6.55-inch Super-AMOLED 1080p display with up to 120Hz refresh rate, up to 240Hz touch sampling rate, a 20:9 aspect ratio. It also has up to 8GB of RAM and 256GB of UFS 2.1 storage, which is not expandable. The cameras on the Realme X7 Pro include a 64-megapixel Sony IMX686 primary sensor, a 119-degree ultrawide 8-megapixel sensor, a 2-megapixel portrait sensor, and a 2-megapixel macro sensor. Selfies on the X7 Pro are handled by the 32-megapixel camera that X7 also has. And finally, the Realme X7 Pro has a slightly bigger 4500mAh battery with 65W fast charging.