Realme had recently launched the X7 and X7 Pro smartphones in India and now it is maybe planning for sequels. 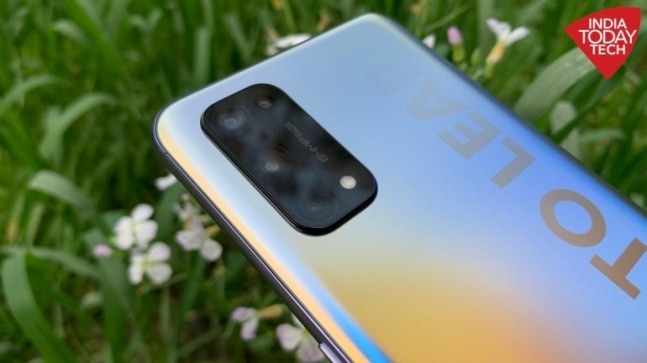 Realme X7 series was recently launched in India as the company's first mid-range phones in the market. And, now, it seems Realme is already preparing for the launch of the successors. Key specifications of what is claimed to be the Realme X9 Pro have been leaked on Weibo. This device is likely the second flagship of this year considering the processor details. Realme X9 Pro leaked specifications include the Dimensity 1200 processor, which was announced recently by MediaTek as its most advanced 5G chipset to date. Realme, on the other hand, recently said it will launch two flagship phones a year wherein one will have a Qualcomm processor (Realme GT 5G) while the other will rock a MediaTek chipset.

A tipster who goes by WHYLAB on Weibo has shared some details about the new Realme phone. According to the screenshot of the post (via 91Mobiles), Realme X9 Pro will be the company's "imaging flagship". In other words, the X9 Pro is said to be the camera flagship of this year. As a part of the "Dual-flagship, Dual-platform" strategy, Realme announced one of the flagships will be centred around performance while the other one will be focused on camera prowess. And if we go by the past, Realme has done interesting things with smartphones in the X-series. For instance, the X3 SuperZoom with the periscope lens.

Besides the MediaTek Dimensity 1200 processor, the Realme X9 Pro is said to come with a 1080p screen with a punch-hole on the left. Now, this setup is not new. We have smartphones from Realme in the lower mid-range that have 1080p screens and punch-holes on them. There will be support for a 90Hz refresh rate on this phone. Again, the latest Realme X7 Pro has a whopping 120Hz refresh rate support on an AMOLED screen and 90Hz seems a downgrade for the X-series. Anyway, these are leaked specifications and not the official ones, so it is advised you take the information with a pinch of salt.

Besides, Realme will equip the X9 Pro with a 108MP flagship camera. Realme began teasing the 108MP camera technology recently and it is believed that the first phone to feature this sensor will be the Realme 8 in the company's portfolio. It is possible that Realme X9 Pro comes across as another phone with the 108MP camera while the Realme 8 takes away the title of being the first. And finally, the tipster has mentioned the Realme X9 Pro will feature a 4500mAh battery with 65W fast charging. If the Realme X9 Pro is going to be a flagship, the specifications do not paint a favourable picture. It should be 125W fast charging on the phone, considering that is the most advanced technology available to Realme. Even the Realme GT 5G, which is going to be launched on March 4, is speculated to have the old 65W fast charging. And lastly, none of Realme phones supports wireless charging yet.

For now, Realme is focused on the launch of Realme GT 5G that is happening on March 4 globally. Maybe once it is done and dusted, the company begins teasing the X9 series.

OnePlus 9 series launch date could be announced on March 8, the company teases Moonshot