Realme has launched a new wireless charger in India that can charger Realme Buds Air and a whole lot of accessories and smartphones. 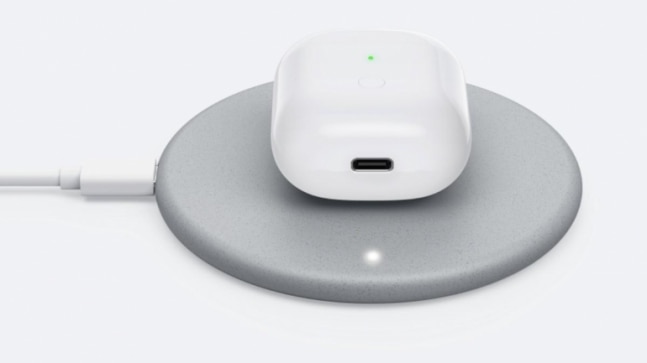 Realme's first wireless charger is now available in India. Announced last year alongside the Realme Buds, the Realme 10W Wireless Charger has been quietly put on sale via the company website. The charger supports the Qi wireless standard and can charge compatible smartphones and accessories, including the Realme Buds Air. The company is also bringing 65W and 50W ultrathin SuperDart-enabled chargers to India soon.

Priced at Rs 899, the Realme 10W Wireless Charger can give a maximum output of 10W via its disc-like body that is coated with what the company calls is a Soft Scrub Paint. This design, Realme says, will prevent accidental slip-offs of smartphones and accessories. The iPhone X and higher have the tendency to slip because of their glass back and Realme's wireless charger could prevent it from falling. It is 9mm thin and uses a USB-C port for the power intake through a 50-metre wire. For power input, it accepts both 10W and 18W charging speeds.

Realme says the wireless charger can give a maximum output of 10W, which smartphones such as Samsung Galaxy S20 will support. Since iPhone models come with a maximum speed of 7.5W for wireless charging, the output from Realme's wireless charger is accordingly. The wireless charger also comes with foreign object detection, which means the charger turns off automatically on coming in touch with a metal or magnetic object, for example, a screwdriver, that could tamper with the charging coils inside.

Moreover, Realme is also launching the mini versions of its 65W SuperDart and 50W SuperDart chargers soon in India. The charger designs and models are based on Oppo's recent announcement on the successful implementation of its 65W fast charging protocol into a concise body. The existing chargers from Realme (and Oppo) for fast charging speeds of 30W or higher are bulky and far from being portable. Realme has already introduced its 125W UltraDart technology for mobile phones that will arrive in its future devices. The announcement was made a day after Oppo unveiled the world's first 125W fast charging protocol.