Reddit, GameStop, Robinhood and Wall Street hedge funds: What is going on, the full story in 10 points

Call it the ambition of few investors or an act of mass rebellion against wealth-hoarders or an unethical move, what happened with GameStop and few other stocks in the United States will change the way financial markets operate forever. 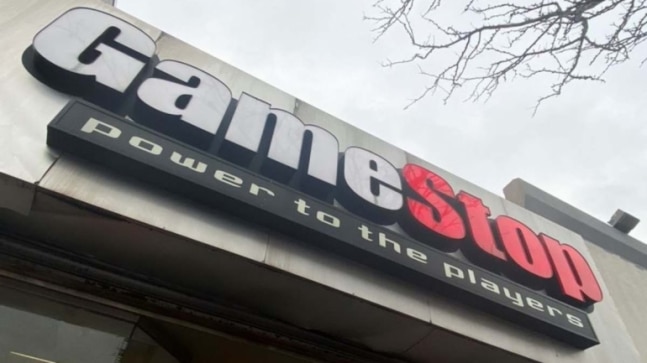 Short Selling is a practice where Wall Street Hedge Funds borrow stocks of a small company to sell if the stock price goes down in future.

Reddit, GameStop, Robinhood and Wall Street hedge funds till few days back only a handful of people knew or rather were aware about this names. Today, they are one of the most searched and talked about topic in the world. Call it the ambition of few investors or an act of mass rebellion against wealth-hoarders or an unethical move, what happened with GameStop and few other stocks in the United States will change the way financial markets operate forever. If you have been finding it difficult to keep up with what's been happening around, here is everything in 10 points to get you covered

1. GameStop is an electronic retailer that has struggled over the past years. The store has failed to make profits and has been its shutting stores. The stock prices of GameStop have been on the lower end and the company was believed to be a subject of a common market practice called 'short selling'.

2. Short Selling is a practice where Wall Street Hedge Funds and money managers borrow stocks of a small company to sell if the stock price goes down in future. These fund houses bet on the failure of a company and make money on its loss.

3. In case there is a positive news about the company and its share prices go up, these fund house buy more stocks to cut their losses. They keep injecting money to keep the stock afloat. GameStop was one the most shorted public company.

4. However, it's fortunes changed over the past few weeks when the stock prices started going up. The GameStop share was trading at $350 on Wednesday, compared to less than $18 a share earlier this month. The stock has skyrocketed by over 2000 percent this year itself.

5. This was because of group of users came together on Reddit through stock market threads including wallstreetbets to share their ideas and create buzz around GameStop stocks. The community currently sits at 4.7 million users and kept pushing the price of the stock also forcing the hedge funds to invest more money in them.

6. These investors used trading apps such as Robinhood that do not depend on hedge funds or money managers and allows direct investment. The users put money in several stocks including GameStop, Blackberry and Nokia using the same trading app. The continuous push helped these users squeeze the short sellers.

7. As a result, several hedge funds have suffered massive losses. S3 Partners, a financial data company, said Wednesday that its analysis found that short sellers had lost $23.6 billion on GameStop this month. On the other hand, users on Reddit have claimed to make big profits, having bought GameStop shares for less than $20.

8. Realising what is happening, Robinhood announced that users will not be able to trade in handful of stocks, including GameStop, Nokia, Blackberry, AMC, and American Airlines, due to "recent volatility." It lot a decline in the stock prices and a lot of anger among the investors.

9. The trading app has been hit by a lawsuit for its decision to block users from investing in stocks. The situation is so serious that even White House and financial regulators are also monitoring it.

10. Several hedge funds have come out and complained against the way Reddit users pushed the stock price. However, it has been matched with mixed response. Tesla chief Elon Musk seemingly urged individual investors to punish hedge funds for short selling, tweeting "Get Shorty."

The sequence of events can either encourage other group of internet users to leverage their buying powers and influence the financial markets or it can lead to strict guidelines and laws to avoid such acts in future.