Reddit is going to roll out its suicide prevention tools from March 10. Redditors from their virtual community will be able to report fellow Redditors who are at a potential risk. 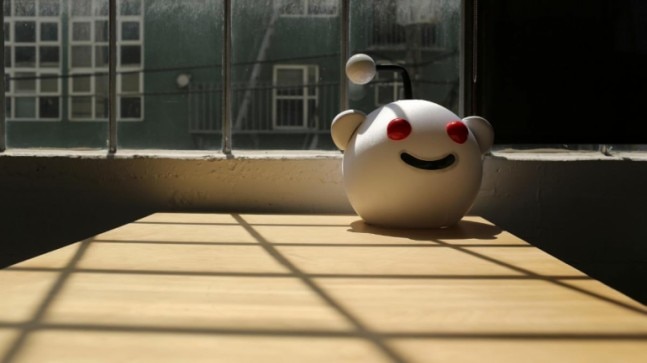 Reddit has announced a new feature to prevent suicide prevention. The feature will let users report people who may seem vulnerable or at risk, The Verge reports. This will help the app provide them with suicide prevention resources when they are at their lowest.

Reddit users or Redditors as they are popularly called can mark or report fellow Redditors who they feel are at a potential risk. Reddit is doing this in partnership with Crisis Text Line. The communities on Reddit, also known subreddits frequently revolve around themes like mental health and community well-being. Redditors submit content to the site such as links, text posts, and images which are voted up and down by other Redditors.

"On Reddit, people are able to find community around an infinite number of topics relevant to them and as an anonymous platform, we provide a space for people to express the most vulnerable parts of themselves," Reddit said in a statement.

So how will this feature work? From March 10 onwards, if a Reddit user reports another Reddit user as potentially at risk, that user will get a private message with suicide prevention helplines. The user at risk will also get a recommendation to text CHAT to 741741 which is the Crisis Text Line's number.

Crisis Text Line is a free, confidential, text-based support line for people in the U.S. who may be struggling with any type of mental health crisis, according to Reddit.

Trained crisis counsellors will be available at the other end of the line when the person sends a text on the given number. Help will also available for the person who has sent the message for support.

Redditors can now flag when they believe someone is at risk for self-harm or suicide. The person in distress will receive a PM with resources & an option to connect with a counsellor, an official Tweet by Reddit said.

Reddit has communities or subreddits where people would discuss their mental health. However, these people were fellow Redditors and were not professionals. The whole point of the new tool will be to provide the vulnerable with professional help.

Previously, Crisis Text Line had formed a partnership with Facebook too.

Earlier this month, Snapchat came up with its mental health support tool -- Here for You. The tool directs users to experts when they put keywords relating to mental health.