The Redmi 9 Power goes big on cameras as it comes with a quad lens set-up with a 48-megapixel primary camera. It comes with a Snapdragon 662 SoC. 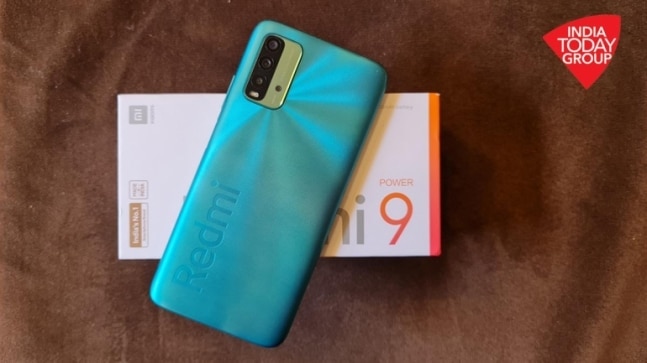 Xiaomi has finally launched its much-awaited, Redmi 9 Power 4G smartphone in India. The device is possibly the company's last in what has been a long year for it. Interestingly, much of what has been announced today was already revealed by leaks and official teasers ahead of the launch of the device.

As such, we now have on our hands a device that as expected looks very much like a tweaked version of the new Redmi Note 9 4G which was launched in China last month. While there are some changes to the design and camera set-up of the device, the phone largely follows the same blueprint followed by Redmi for the Note 9 4G.

Here's everything you need to know about the Redmi 9 Power.

Display: The Redmi 9 Power has been launched with a 6.53-inch Full HD+ display with a waterdrop notch. The display is panel is capable of 60Hz refresh rate.

Chipset: Comes with a Qualcomm Snapdragon 662 SoC with an octa-core CPU configuration which can go up to 2GHz at peak load.

RAM: The two variants share the same 4GB of RAM.

Storage: For storage, the device gets either 64GB or 128GB of storage.

Front cameras: for selfies, comes with an 8-megapixel selfie camera is inside a waterdrop notch.

Battery: Powering the phone is a big 6,000mAh battery bundled with an 18W fast charger.

The biggest feature of the Redmi 9 Power is definitely its powerful cameras. The hardware for this sees Redmi bring four lenses, of which the primary is a 48-megapixel lens sat next to an 8-megapixel ultrawide lens, a 2-megapixel depth-of-field lens, and a 2-megapixel macro camera. On paper, this looks to be good for capturing well-detailed pictures.

The phone will be available for purchase from Mi.com and Amazon.in along with Xiaomi's offline stores along with its partner stores. Both these variants are available in four colours, Mightly Black, Fiery Red, Electric Green and Blazing Blue. The company has announced the device will go on sale from December 22.