Redmi 9 Prime is set to go on sale in India starting 12pm today. The Redmi 9 Prime has been launched in India in two variants, with the phone bringing as much as 6GB of RAM and 128GB of storage. 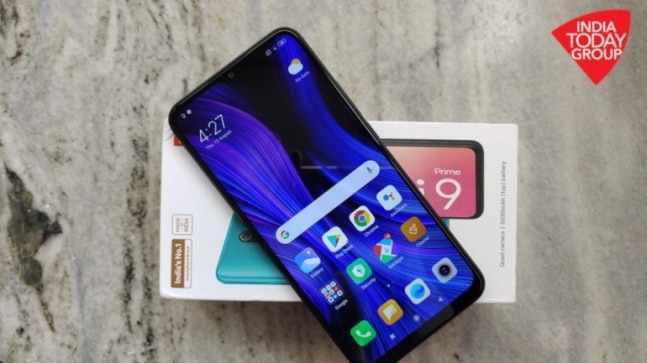 Xiaomi's Redmi recently launched the Redmi 9 Prime in India at a virtual launch event where the company took the lid off the device and announced its price and availability dates, among other key details. The phone has been brought to India as an affordable budget segment device that does not compromise on power and performance.

The Redmi 9 brings with itself a 6.5-inch FHD+ display with an LCD panel. This display has a waterdrop notch on the top while the bezels are quite slim. The display is covered in a layer of Gorilla Glass 3. Inside, the Redmi 9 uses a MediaTek Helio G80 chipset that's paired with up to 6GB LPDDRX RAM and up to 128GB storage.

The Redmi 9 gets a major upgrade in terms of cameras. There's a quad-sensor setup at the back, comprising of a 13-megapixel main camera that's paired with an 8-megapixel wide-angle camera. There's also a 5-megapixel macro camera and a 2-megapixel depth camera. The front camera is using an 8-megapixel sensor. The camera comes with some of MIUI's usual camera tricks, one of them being the Kaleidoscopic mode. The Redmi 9 is lightweight also. It weighs just 198 grams and comes in four colours.

ALSO READ: | Apple iPhone 12 likely to arrive in October: Here is everything you need to know
ALSO READ: | Redmi to launch its first gaming laptop on August 14: Here are all the details
ALSO READ: | Twitter is testing ways to auto-translate tweets to users' preferred language
TweetYoutube
Tags: Redmi 9 Prime