As per the latest tweet by Redmi, the Redmi 9 is all set to launch in India on August 4 on the Amazon India website. 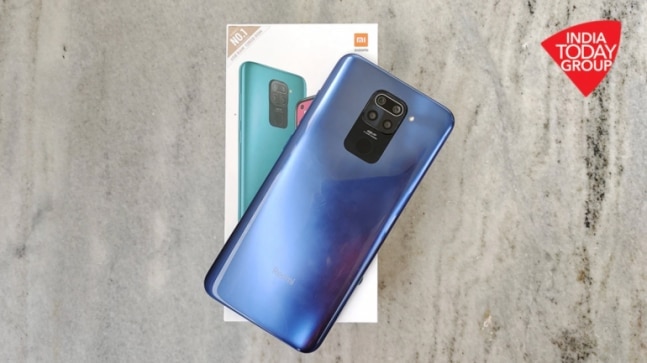 Xiaomi sub-brand Redmi has teased the launch of Redmi Note 9 in India. As per the latest tweet by Redmi, the Redmi 9 is all set to launch in India on August 4 on the Amazon India website. The smartphone is rumored to go on sale on the e-commerce platform during the Amazon Prime Day sale which starts from August 6 and will last till for two days. Redmi 9 was unveiled in China last month.

Teasing the launch of Redmi 9, Redmi wrote on its Twitter handle, "We heard that you wanted a new Redmi product? We want you to know that we're all PRIMED up! An all-new Redmi smartphone is coming to YOU on 4th August 2020! Get ready to go #BackToPrime with #Redmi."

The Redmi 9 was unveiled in China so it is being speculated in India that it will launch with the same set of specifications. The Redmi Note 9 sports a 6.53-inch full-HD+ screen with a resolution of 1,080x2,340 pixels. It comes with a waterdrop-notch style display and has Corning Gorilla Glass 3 coating for protection.

Redmi 9 is powered by MediaTek Helio G80 octa-core processor and paired with up to 4GB of RAM. It is speculated that the device will be available in two different variants including the 4GB and 6GB. Although the 6GB variant wasn't officially announced, a new leak has confirmed the existence of a 6GB variant, which will most probably launch in India. Currently, it has the 4GB RAM with 64 GB of storage which is expandable using a microSD card.

The Redmi 9 houses a 5,020mAh battery with support for 18W fast charging. For connectivity, the Redmi 9 has Bluetooth v5, Wi-Fi Direct, FM Radio, NFC, GPS, AGPS, 3.5mm audio jack, USB Type-C port, and 4G VoLTE, Wi-Fi 802.11. It also has support for Face Lock and a fingerprint sensor mounted on the rear of the device.

In terms of camera, the Redmi 9 features a quad-camera setup on the rear which consists of a 13-megapixel primary camera, an 8-megapixel ultra-wide lens, a 5-megapixel macro lens and a 2-megapixel depth sensor. On the front, it features an 8-megapixel camera for better selfies.