Xiaomi has teased some of the features for the Redmi 9A and it seems just an updated Redmi 8A. The battery and design are expected to be similar to the Redmi 8A. 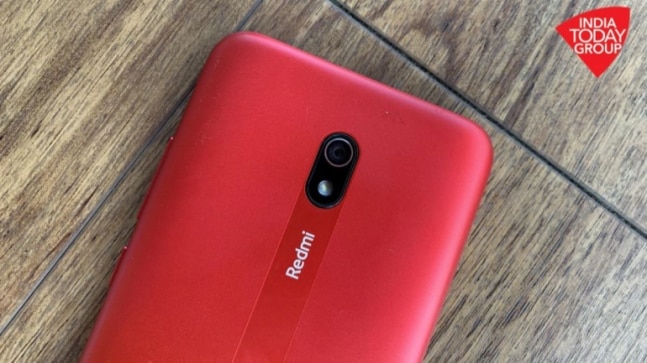 Xiaomi's sub-brand Redmi is prepping for its first launch of 2020 and it seems to be beginning with a phone for the masses. Xiaomi VP Manu Kumar Jain and Redmi's twitter handle have been teasing their next 'Desk Ka Dumdaar' smartphone and if the previous campaigns are anything to go by, it is most possibly the successor to the Redmi 8A. Even though Xiaomi hasn't teased the name yet, the phone is most likely going to be called the Redmi 9A.

The launch is happening on February 11 and until then, Xiaomi has been teasing a few features of the phone on its website as well as its social media handles. A recent teaser video shows the design of the Redmi 9A and it appears to be similar to the Redmi 8A. The matte texture on the plastic rear panel is similar to the one we saw on the Redmi 8A but the pattern is slightly different and it will come in a new blue colour variant.

The Redmi 9A has also been confirmed to retain the massive 5000mAh battery from the Redmi 8A and chances are that the phone may also get the USB-C port from the Redmi 8A. The rear camera will be upgraded from the single rear setup to a dual-camera setup. Chances are that Redmi may offer either a depth camera or a wide-angle camera at the back along with the main camera. The display is also expected to remain the same as the one of the Redmi 8A.

Redmi has mostly remained silent about the specifications and price but it seems that the Redmi 9A will be launched at a competitive price that will put it up against the Realme C3. There are rumours suggesting that Redmi may be using the same MediaTek Helio G70 chipset in the Redmi 9A and it could start with at least 3GB RAM for the base variant. Another variant could possibly end up getting a 4GB RAM variant as well as 64GB storage.

These are just rumours and speculations for now and Redmi is yet to announce anything on this front. The Redmi 9A is expected to be unveiled on February 11 along with a Redmi Powerbank that's rumoured to support 27W fast charging as well as a huge capacity.