Ahead of the Redmi Note 10 launch, Xiaomi has confirmed the launch of its new Active Noise Cancelling (ANC) wireless earbuds, the Redmi AirDots 3 Pro. 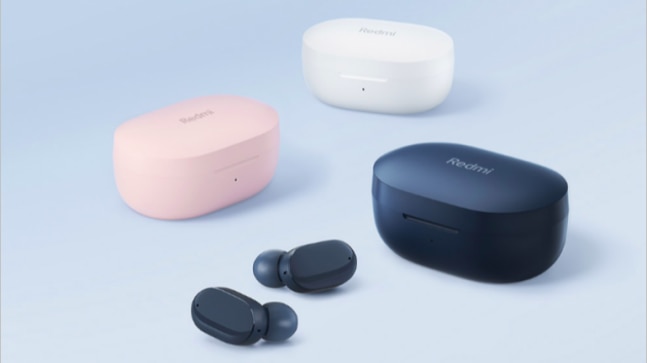 Xiaomi has a new product launch slated to be held tomorrow, May 26, 2021, afternoon, where the company is more than likely to unveil the Redmi Note 10 series. In addition to the new Redmi Note 10 series, Redmi's new noise-cancelling headset, AirDots 3 Pro, will also be announced.

The company is offering different modes for noise reduction, including Office, Daily, Air Tours, etc., along with support for the Transparent mode that avoids complete isolation from the surrounding environment. The ANC feature will decrease external noises by up to 35dB. The AirDots 3 Pro will have Qi wireless charging but will also have a USB-C on the bottom for people who want quicker charging through the wire. You can enter the charging state with just one tap and completely get rid of the shackles of the data cable.

According to the officially released images, Redmi AirDots 3 Pro has a sleek, curvy design, small in size, and shiny three-dimensional lustre. Redmi has retained the design of the original earbud of the Redmi AirDots 3 but has brought a slight change in design for the case. For many, the design reminds them of the Pixel Buds case. The new AirDots 3 Pro is also said to pair with mobile phones and notebooks at the same time and can be switched at will. We can expect to get more details tomorrow during the launch event, which is set to begin at 2 PM IST.

The Redmi AirDots 3, the non-pro variant, was launched in China a few months ago for a price of 199 yuan (roughly Rs. 2,200). The earphones, which come with the same design as their predecessor, are available for purchase in three colour options: white, black, and pink.

Facebook says it is working with govt to meet regulatory compliance