In terms of specs, this fitness wearable brings with itself a 1.08-inch rectangular color display. The Redmi Band also gets support for heart rate monitoring. 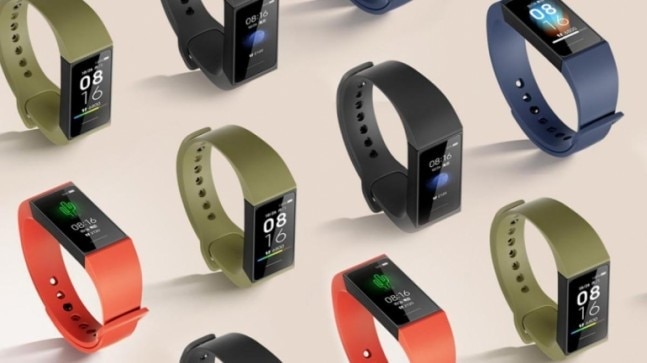 Xiaomi has enjoyed a good run in the wearables market with its smart fitness bands, and now Redmi too is jumping into the fray with its very own wearable, the Redmi Band. The wearable has been launched in China and for now, will be crowdfunded at a price tag of 95 Yuan ( approx Rs 1000). The company has also announced the retail price for the band -- 99 Yuan -- and said the device will be available for purchase starting 10am on April 9 in its home country, China.

Staying true to its roots, the Redmi Band brings a good level of customisation. It is available in black but users can choose between four different colors for bands such as orange, olive green, blue, and black.

After becoming an independent entity, Redmi has launched a number of interesting phones and has even tried its hand at the flagship game. However, its entry into the wearables segment may end up bearing it more fruit than its previous adventures.

In terms of the specs, this fitness wearable brings with itself a 1.08-inch rectangular color display. The design for that matter is quite simple and would remind one of the similar wearables from Huawei and Honor.

The features too are quite in line with what competing Chinese players are offering, including a 14-day battery life promise with a single charge. Apart from this, the Redmi Band also brings heart rate monitoring feature and has support for sleep monitoring to provide valuable data on a user's sleep.

The Redmi Band, however, does not bring NFC for contactless payments and appears to focus on the essentials, unlike the Mi Band series which is now spreading its wings with the feature set it offers.

ALSO READ | Oppo increases smartphone prices by up to Rs 2,000 as GST hiked to 18 per cent
ALSO READ | Uber launches UberMedic in India for healthcare workers
ALSO READ | iPhone 9 all but confirmed by iOS 13.4.5 beta, could launch on April 15
TweetYoutube
Tags: Redmi Band