Redmi Band vs Realme Band: Which of these cheap yet feature-laden health bands to pick?

Redmi has just announced its first fitness tracker under the name of Redmi Band. It sits under the Mi Band 4 as Xiaomi's most affordable band and competes directly with the Realme Band. Time for comparison then, isn't it? 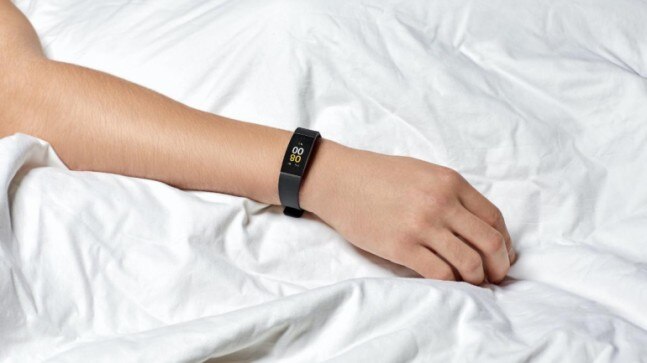 Redmi vs Realme -- this is a topic that you can make a documentary on. Both of them rule the affordable smartphone space in India with cheap yet impressive smartphones. However, the competition is now moving to other segments and the fitness tracker segment is where these two are exchanging fists once again. Xiaomi dominated the segment with its Mi Band trackers for years and Realme came up with the Realme Band a month ago at a much cheaper price.

The Realme Band came with the essentials that consumers wanted and that too at a price that was deemed affordable. Xiaomi couldn't let Realme take the cup and hence, it has launched its Redmi Band. Yes, after making powerbanks and smartphones, Redmi is now into fitness trackers as well. It is available in China and one has to pay only 99 Yuan (approximately Rs 1,000).

In a few weeks, Redmi could bring it to India and when it does, it will lock horns with the Realme Band. Will this topple the Realme Band from its short-lived glory or Xiaomi will have to rely on its Mi Band series to pull the crowd?

Redmi Band vs Realme Band: What's what and which one to pick?

The Realme Band came out with a very generic design but thanks to Realme's excitable colour palette, it looks nice in some shades. The band is broad and the minimalist design is a nice change from Realme's overdone smartphone designs. That said, it is still a design that will get boring soon.

Redmi has been showing its design prowess in phones and the Redmi Band takes inspiration. The Redmi Band looks similar to the Fitbit fitness trackers and Xiaomi has done a tasteful design here. The design is minimalist here too but the square-shaped screen module looks classy. This is a design that will age well.

Realme offers a 0.96-inch colour display that's paired with a touch button. This is a big display for a small fitness tracker and is highly useful for checking notifications from your phone or having a glimpse at your fitness data.
Redmi, however, goes a step further with a 1.08-inch rectangular colour display that also gets a touch button at the bottom. The bigger screen here should help with a well laid out interface.

Realme offers nine sports modes on the band and one of them is a special cricket mode. The band also has real-time heart-rate monitoring and sleep tracking. The IP68 certification means you can wear it rain or dusty environments. The Redmi Band in comparison has only five sports modes. It also has an optical heart rate monitor that can track heart rate automatically throughout the day. Users can also do sleep tracking on the Redmi Band. Redmi has said nothing about the water and dust resistance on the fitness tracker yet.

Both the bands can show notifications from your smartphone and both can show text messages from supported apps.

Realme says its Realme Band can last up to 10 days on a single charge whereas Redmi says the Redmi Band can go up to 14 days. Advantage goes to Redmi. Both can be charged directly via USB ports as there's no need for a separate cable.

This is where it matters the most. The Realme Band costs Rs 1,499 in India and it competes with the Mi Band 3i. Redmi has it beaten with the Redmi Band starting at 99 Yuan, approximately Rs 1,000. This makes it Rs 500 cheaper than the Realme Band, thereby making it a sensible option over the Realme Band.

ALSO READ | Oppo increases smartphone prices by up to Rs 2,000 as GST hiked to 18 per cent
ALSO READ | Uber launches UberMedic in India for healthcare workers
ALSO READ | iPhone 9 all but confirmed by iOS 13.4.5 beta, could launch on April 15
TweetYoutube
Tags: Redmi Band