Redmi K20 Pro was launched last year as the brand's first flagship device. It also faced some criticism over the pricing that was not well received by some Mi fans 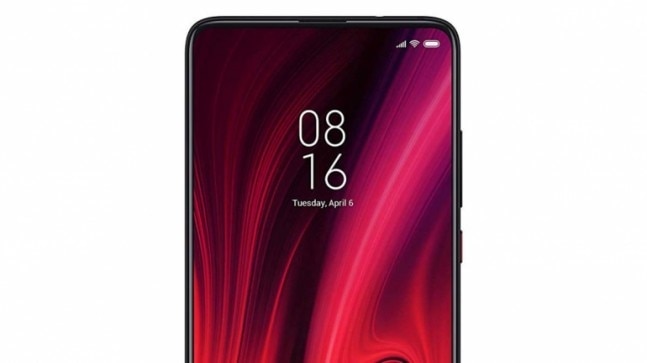 Redmi K20 Pro, one of the two flagship smartphones under Xiaomi's Redmi brand, has received a permanent price drop of Rs 1,000. The announcement was made by Xiaomi India MD, Manu Kumar Jain on Twitter, a few hours after the Mi A3 got its price revised permanently on Thursday. But this is not the first time the Redmi K20 series has seen the price drop. In its multiple sales that run almost throughout the year, Xiaomi keeps pushing discounts on major smartphones, including the Redmi K20 and Redmi K20 Pro.

According to Jain, the Redmi K20 Pro now starts at Rs 24,999, as opposed to its earlier pricing of Rs 25,999. This is to say that the 6GB/64GB variant of the Redmi K20 Pro costs Rs 24,999 now while its 8GB/256GB model is now priced at Rs 27,999, down from its previous cost of Rs 28,999. Both the variants, including all colour models, will be available to buy from Amazon, Flipkart, mi.com, and Mi Home stores across the country. Buyers can also avail additional offers on bank cards on Flipkart and Amazon, in addition to exchange programmes.

At Rs 24,999, Redmi K20 Pro makes more sense to buy, going by the flagship level processor that it packs inside. The smartphone has a Qualcomm Snapdragon 855 processor clocked at up to 2.8GHz and coupled with up to 8GB of RAM. There are some new competitors to the Redmi K20 Pro in the same price bracket that fall short of their claims when it comes to the SoC. For instance, the recently launched Vivo V17 Pro, powered by Snapdragon 675 SoC, is listed at Rs 27,990 on Amazon, which is around Rs 3,000 costlier than the Redmi K20 Pro.

Redmi K20 Pro comes with a 6.39-inch full-HD+ AMOLED display with an aspect ratio of 19.5:9. It runs MIUI 11 and should be updated to Android 10 in the coming days. An octa-core Qualcomm Snapdragon 855 processor powers the Redmi K20 Pro. For photography, the smartphone has a main 48-megapixel Sony IMX586 sensor at the back, supported by a 13-megapixel secondary snapper, and a third 8-megapixel shooter. There is a 20-megapixel selfie camera attached to a motorised slider. The Redmi K20 Pro is fuelled by a 4000mAh battery that charges at up to 27W.

Will Poco X2 be a rebranded Redmi K30 4G? This is what it may cost and speculated features