Xiaomi has revealed more details on the Redmi K30 Pro and the starting price has also been leaked in China. The K30 Pro 5G is going to feature all premium features. 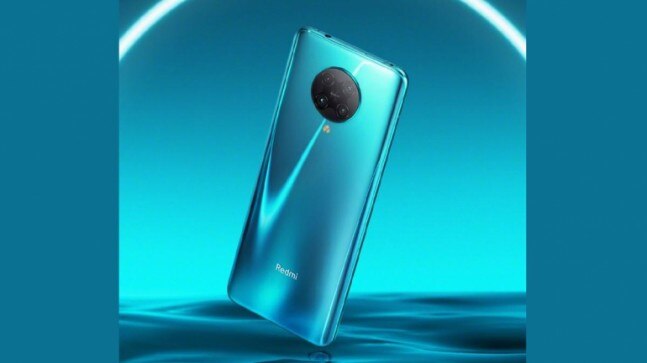 In less than four days, Xiaomi is going to unveil its flagship smartphone for the masses under the Redmi K30 Pro name tag. So far, a lot has been known about the Redmi K30 Pro and it already seems to be a fantastic successor to the already impressive Redmi K20 Pro. Redmi is going all-in with the performance credentials as well as the build and design of the phone. However, what matters most for a phone like this is the starting price and thanks to a tip from Weibo, we now have an idea of what it could cost.

A screenshot of the Redmi K30 Pro's listing is doing rounds of the Chinese social media site and if we believe it, then the Redmi K30 Pro will stay true to its promise of being the cheapest smartphone with a Snapdragon 865 chipset. The listing on Chinese e-commerce site Suning states that you can get the Redmi K30 Pro for 3299 Yuan, which is approximately Rs 35,000. The variant details haven't been listed yet but it seems that this would be the entry-level variant.

Whether this tip is fake or true is yet to be figured out but it seems that the Redmi K30 Pro 5G will indeed end up as the cheapest Snapdragon 865-equipped smartphone in many countries. In India, the iQOO 3 is the most affordable smartphone using the Snapdragon 865 and that starts at almost Rs 36,000.

If Xiaomi India brings this to our shores, it will surely try to lower the price by a couple of thousands of Rupees to gain further advantage in our competitive markets.

Apart from the price, Xiaomi has also revealed a few more details on the Redmi K30 Pro. Yesterday, there was a teaser on the display being a 60Hz AMOLED display with a pop-up camera system to eliminate a display cutout for the camera. Today, Xiaomi has revealed more info on the panel.

The K30 Pro's AMOLED panel can achieve peak brightness levels of 1200 nits and have a dynamic contrast ratio of 5000000:1. The panel is also HDR10+ certified and it will have a touch rate sampling of 180Hz. Xiaomi has confirmed that this is a Samsung AMOLED panel.

While a previous tip suggested that Xiaomi won't be focusing much on the camera performance, a recent teaser sort of negates that claim. The K30 Pro is revealed to have a dual OIS system for the tow of its cameras in the quad-camera system. The main 64-megapixel camera will be assisted by OIS and so will the telephoto camera that is conformed to come with 3X optical zoom. The rest of the two cameras are still under the curtain but you can expect one of them to be a wide-angle camera.

Xiaomi will be launching the Redmi K30 Pro in China on March 24 via on a livestream event. The K30 Pro is expected to make it to India later in the year as the successor to the Redmi K20 Pro.

Nokia 5310 XpressMusic is back in a new avatar