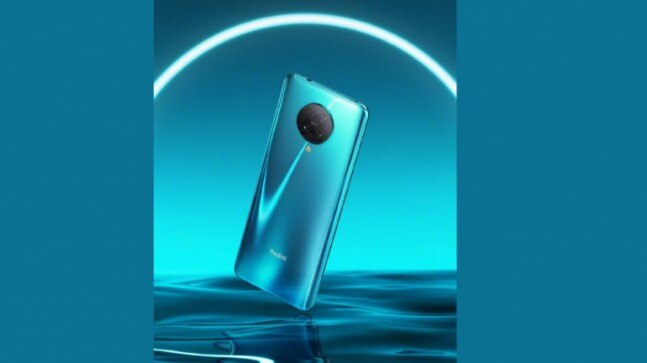 When is the Poco F2 coming? This is a question that will go down in history as one of the most asked tech questions to a phone maker. Well, it seems that we finally have the answer to this question. Yes (calm down your excitement), the Poco F2 could be coming soon but once you keep reading further, your enthusiasm may go down. Why? Because we all may already have seen the Poco F2 in existence and it's already selling in China. Poco may rebadge the Redmi K30 Pro in India as its own flagship.

Neither Poco or Xiaomi have announced this yet. However, a recent report from XDA Developers suggests that the Redmi K30 Pro, which was expected to come to India, will end up as the Poco F2 in India -- the successor to the popular Poco F1. The information comes from MIUI 11's camera codes that point at Xiaomi already working to bring this as the Poco flagship in the Indian market. That also means there will be no Redmi K30 Pro in India.

XDA junior member kacskrz was digging in MIUI 11 codes when it was found that the K30 Pro will have an Indian variant. Digging further into the camera app of MIUI 11, there was a string that led to the tag - Shot on POCO phone'. This is enough to suggest that the K30 Pro will end up as the second Poco phone in India after the Poco X2 launched in February. Poco may have not finalised the name of the phone yet but it seems that this will end up as the legendary Poco F2.

While there's no formal confirmation to this and we doubt that Poco will approve of this now, but the Redmi K30 Pro has everything to suggest that it was ending up as the Poco flagship. The successor to the Poco F1 was supposed to come with a flagship Qualcomm Snapdragon chip and the K30 Pro has it -- a Snapdragon 865 chip with support for 5G. The K30 Pro also has a premium build with a fullscreen display and the same Sony IMX686 sensor.

Last year's Redmi K20 Pro ended up with the Poco launcher and this year's K30 Pro may also have been planned with the Poco Launcher on top of the MIUI 11 OS. Since Poco is now a separate entity, it made more sense for Xiaomi to launch the phone under the Poco brand. Xiaomi previously said that it wants to focus on the premium segments with the Mi series this year and the Mi series premium phones will take over from the Redmi K20 series. The Redmi sub-brand could only see the Redmi Note 9 Pro Max as its flagship model this year.

Given that it's coming under the Poco brand, the phone could aim for a sub-Rs 30,000 pricing in India for the base variant with 6GB RAM and 128GB storage. Stay tuned for more information on this front.