The Redmi K30 Pro has been spotted in the wild showing off its cameras. A OnePlus 7T-esque circular main camera and a single pop-up camera are confirmed on this Redmi flagship. Earlier in the day, we talked about the Redmi K30 Pro and what it could bring to the table. Since the phone is expected to break cover by March 24, a prototype test device has been spotted in the wild and like always, it reveals a few aspects of the phone's design. If you had imagined it to look like the Redmi K30 5G, then you can clear that thought. Redmi is taking its design game to the next level with the Pro variant and it could make the OnePlus 7T think about its looks twice.

A tipster has shared a few images of a prototype Redmi K30 Pro on Weibo and by the looks of it, it seems to be in the testing phase. The phone is covered in a protective black cladding to keep it off prying eyes. While the case hides the design of the phone, it ends up revealing the cameras of the phone. There will be a quad camera setup at the back similar to the Redmi K30 5G but it will be arranged in a newly designed module that looks similar to the one on the OnePlus 7T.

While the hardware is unknown yet, the camera design flaunts 64-megapixel branding, which hints at Redmi using the 64-megapixel Sony IMX686 sensor as the main camera on the phone Xiaomi is reserving the 108-megapixel camera only for its Mi series flagship phones. The case also reveals the 5G branding, which means the phone will support 5G networks.

Another image of the prototype phone shows the top and this is where it could make the Redmi K20 series fans happy. There's a pop-up camera similar to the Redmi K20 Pro and like the K20 Pro, it has a notification LED embedded in it. Want another surprise? There's a 3.5mm headphone jack. 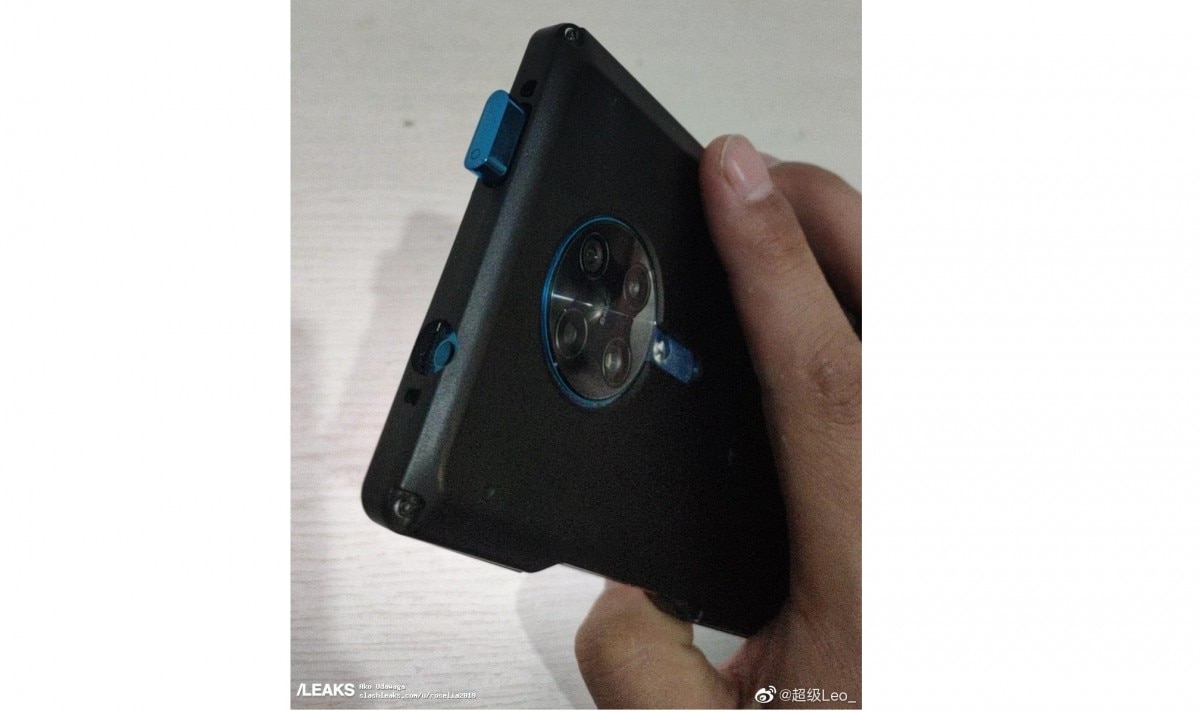 The prototype device is seen wearing a shiny blue gradient colour and it could very well take inspiration from Mi 10 series phones launched in China last month. Sadly, the front of the phone is not visible in these photos but if you were wondering, you can be happy about the display not featuring a notch or a punch-hole cutout inside.

With the first photo of the K30 Pro out now, we can expect to see more such photos showing different aspects of the K30 Pro. Redmi is taking its own sweet time to get the K30 Pro right and when it comes out in markets like India, it will pose a tough challenge to the likes of the Realme X50 Pro 5G and iQOO 3 5G.