The Redmi K30 Pro could end up having a different design than the Redmi K30 in China. It might end up losing the circular camera gradient and gain a Samsung Galaxy S20-esque camera design. 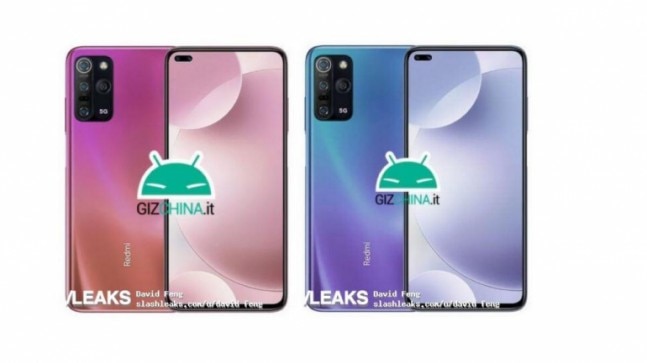 There has been a lot going around the Redmi K30 Pro recently on the web. A lot of certification sites in China have started spotting a flagship-grade Xiaomi phone that does support 5G networks. All of these point towards being the Redmi K30 Pro. Some of them have also started talking about designs, with one suggesting a slightly updated design from the Redmi K30 in China. However, another design leak suggests that Redmi K30 Pro could have a completely different design.

A fresh set of renders from GizChina shows a completely different looking Redmi K30 Pro from what we have seen before. Unlike the previous render, the new render shows a design that evolves on the older Redmi K30 Pro. The front of the phone carries the same design as the Redmi K30, including the same dual punch-hole cutout for the two cameras. However, the bezels appear to slightly slimmer than the Redmi K30.

The frame on the Redmi K30 Pro also appears to be similar to the regular model. It appears that Redmi may retain the power button mounted fingerprint sensor and it also appears to have the same volume buttons.

The rear of the phone is quite different from the previous leaks. Instead of the circular camera design on the Redmi K30, the Pro variant is now said to come up with a squarish camera module. This design seems to be inspired by the Samsung S20 series phones that have been launched recently. The phone has a set of quad cameras at the back but the layout is quite similar to the one seem on the Galaxy S20. The main camera will be using a 64-megapixel camera and that might probably be the same Sony IMX686 sensor.

As of now, it is not known whether this is a fan-made concept or an actual leaked render. However, chances are that Xiaomi may adapt this very design for the Pro variant to justify the premium pricing. The square camera bump is in fashion with all phone makers and Xiaomi may be looking to have a wider appeal with the new design.

The Redmi K30 Pro is said to be using the flagship Qualcomm chipset the Snapdragon 865, which will also bring in support for 5G. This alone could push the Redmi K30 Pro in the premium price categories. The certifications also suggest that the Redmi K30 Pro will also get the same 33W fast wired charging system as the Mi 10 series phones. However, it might lose out on the wireless charging keeping the affordability factor in mind.