The Redmi K30 Pro is on the horizon and while Xiaomi is yet to reveal anything officially, here are a few things we know about this Redmi flagship as of now. 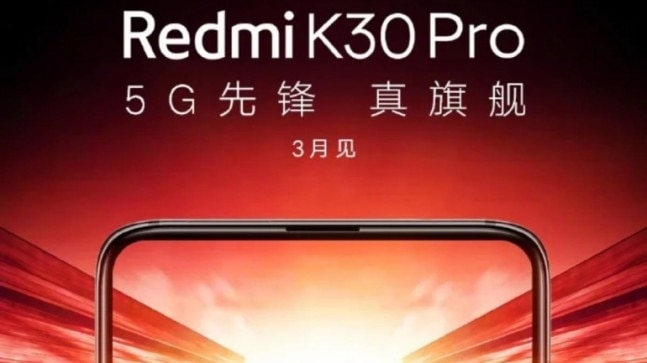 China is yet to recover from the aftermath of the deadly coronavirus pandemic but that hasn't dampened the spirits of phone makers based out of the country. After Oppo and Realme continuing their launch spree, Xiaomi's sub-brand Redmi is looking to launch its flagship offering in the guise of its premium K series phones. There have been talks of a Redmi K30 Pro since the last month and the rumours as well as leaks are only growing stronger. Based on the recent bit of leaks, the Redmi K30 Pro is happening soon.

Prior to Xiaomi releasing its teaser, there were several sketches coming out with all the possibilities Redmi could choose for the design of the phone. While many assumed Redmi to stick to the design ethos of the Redmi K30 launched in China back in December 2019, the first teaser from the company revealed that Redmi might be the only brand this year to stick to the pop-up camera system. No doubt Redmi is going all-out to justify the Pro moniker on its flagship model.

Gladly, it's the latter the Redmi K30 Pro might end up being the only premium phone this year to come with a pop-up camera system. The official teaser from Redmi has suggested that neither the phone will have a cutout inside the display for holding the camera, nor a notch. Instead, Redmi will retain the pop-up mechanism from the Redmi K20 Pro to go for a fullscreen display experience. Some say the phone might have a dual camera system sitting in the pop-up mechanism while others vouch for a single camera. Whatever it may be, we are assured that the Redmi K30 Pro will be a joy to watch favourite Netflix titles without a camera peeping in the center of the display.

Xiaomi already has its Mi 10 series flagships donning the 90Hz AMOLED screens and that doesn't let us doubt it won't do the same for the K30 Pro. As the teaser hinted, the display won't have curved edges, possibly to keep the costs under control, and it will have a regular flat display. Surely, it would pale in comparison to the 120hz IPS LCD panel on the Poco X2 but a 90Hz AMOLED display will be superior with its colour vibrancy.

The in-display fingerprint sensor comes back

A Pro phone from Redmi's K series will invariably have the premium Snapdragon 865 chipset, which as we all know is the best hardware an Android phone can have in 2020. The 865 brings support for 5G with the Snapdragon X55 5G modem. Rumours even suggest that the phone will be paired with UFS 3.0 storage as well as LPDDR5 RAM.

A Redmi flagship means it will have premium cameras but may say Redmi could simply use the same camera setup from the Redmi K30. The main 64-megapixel Sony IMX686 sensor might do duty here too but we can expect a better wide-angle camera as well as a telephoto camera with some hybrid zoom.

Lastly, will it be pricier than Redmi K20 Pro?

According to a recent post from popular tipster Ishan Agarwal, the Redmi K30 Pro will end up as the cheapest smartphone in 2020 to come with the Snapdragon 865 chipset. Currently, the iQOO 3 is the most affordable 5G smartphone in India starting at close to Rs 35,000. If Redmi intends to undercut these phones, we can expect the entry-level variant to start from as low as Rs 33,000. If the launch happens at the same time as last year's Redmi K20 Pro launch timeline, Xiaomi might be able to launch it at further cheaper price point somewhere under Rs 30,000.

When will it launch?

The Redmi K30 Pro is expected to launch by March 24 as confirmed by Xiaomi in a post on Weibo. However, Xiaomi might take a few months before the bringing the K30 Pro to India as it may take time to tune its cameras for the Indian use cases.