Xiaomi has released a beefed-up variant of the Redmi K30 Pro in China with 12GB RAM and 512GB storage. Availability in India still not announced. 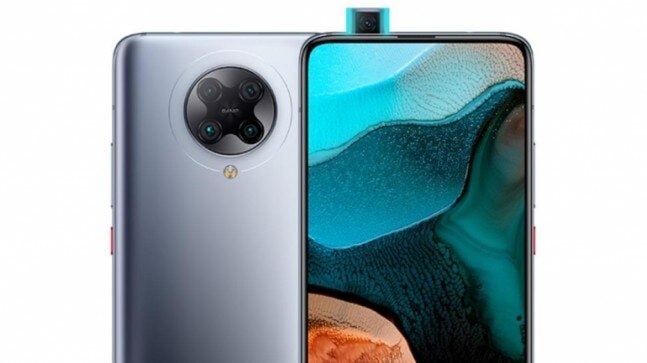 Last month, the Redmi K30 Pro came as a breath of fresh air to all those who had gotten used to exorbitantly priced Snapdragon 865-powered phones. Succeeding the Redmi K20 Pro from 2019, the K30 Pro brings in some notable upgrades in key areas but still manages to maintain a price that makes it accessible for the majority. Redmi offered a plethora of variants at the time of the launch and it only wants to add to that list, as is evident from the latest announcement.

The Redmi K30 Pro Zoom Edition, which is the topmost variant of the K30 Pro series, gets a new variant with more RAM and storage. How much extra, you wonder? Well, Redmi has gone all out in offering 12GB RAM as well as 512GB storage. That 12GB RAM is of the LPDDR5 type whereas the storage is still the UFS 3.1 type. This is undoubtedly one of the fastest hardware combinations you can find in a smartphone today.

Rest of the specifications remain unchanged on this variant. The price, however, has increased and buyers in China will have to shell 4499 Yuan, which is approximately Rs 48,000. This makes it one of the most affordable phones with 512GB storage. If you want a comparison, the Realme X50 Pro 5G in India at Rs 47,999 only offers 256GB storage paired to 12GB RAM. That said, the X50 offers a 90Hz AMOLED display whereas the K30 Pro is limited to a 60Hz AMOLED display.

Do note that this variant only comes to the Zoom Edition only. The Zoom Edition is a slightly beefed-up variant of the Redmi K30 Pro with the revised main camera setup. Instead of a macro camera on the regular model, this variant offers a 3X optical zoom camera that can digitally zoom up to 30X. It still uses the 64-megapixel Sony IMX686 sensor as its main camera and maintains the ultra-wide as well as depth cameras from the standard model.

Last month, there were rumours of the Redmi K30 Pro making it to India as the Poco F2. Poco India dismissed all those claims but did not comment on the other leak which suggested the K30 Pro coming to India as a Poco smartphone. Another leaked document from China suggested that Poco could bring this phone to India as the Poco X2 Pro and the F2 series could debut later in the year. Poco is currently working on bringing true wireless earbuds to India soon.