The Redmi K30 Pro is now official in China as the successor to the Redmi K20 Pro and it brings in a couple of improvements over the older model. Redmi could launch it in India later this year. 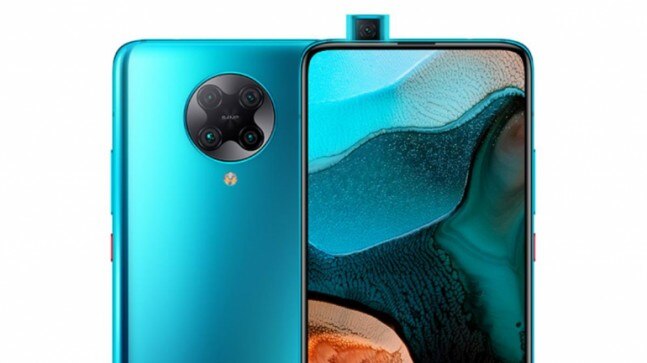 The Redmi K30 Pro is now officially in China and in a few months, it could end up in India as the Redmi's flagship offering for the Indian market. Coming in as the successor to the Redmi K20 Pro, the K30 Pro has a lot on its shoulders to replicate the success. That's not an easy task given that the Redmi K20 Pro sold 5 million units globally and it still keeps selling in India. Redmi has changed a lot with the new model but it has retained the key elements that made the K series phones so popular in the country.

Unlike the older model lineup, Redmi has diversified the K series model further. There's now a standard Redmi K30 that ended up as the Poco X2 in India. The Redmi K30 Pro sits over that model as the entry-level flagship model. There's now a Redmi K30 Pro Zoom Edition that bumps the camera specifications to include a telephoto camera. The prices have also gone across the range due to the new components and the base variant starts at almost Rs 32,000. That said, it is the cheapest phone today with a Snapdragon 865 chip.

If you are willing to buy the Redmi K30 Pro, here are a couple of things you should know about the K30 Pro models.

Display: It now measures 6.67-inches and uses an AMOLED panel with Full HD+ resolution. The aspect ratio stands at 20:9 and the refresh rate is rated at 60Hz.

RAM: You can choose from options of 6GB and 8GB.

-Compared to the older model, the K30 Pro has grown in size. That's mostly due to the new 6.67-inch AMOLED display that still has narrow bezels and an even slimmer chin. The display is from Samsung and Redmi promises great quality. There's still no support for high refresh rate and you still have to make do with 60Hz.

-Unlike most modern premium phones, the Redmi K30 Pro still sticks to the motorised pop-up module for the selfie camera. As a continuation from the K20 Pro, the module still gets an LED notification light embedded in the module. Unlike the K20 Pro, the K30 Pro can let you customise the colour of the light. Despite the motorised module, Redmi says there's some water and dust resistance.

-Despite being the Redmi flagship, the K30 Pro doesn't get all the best goodies from Xiaomi. The fast charging is still limited to 33W from last year's model. There's still no wireless charging similar to the Mi 10 series phones. The K30 pro does get a 3.5mm headphone jack, that's not present on the Mi 10.

-The Redmi K30 Pro Zoom Edition is the only variant that gets a telephoto camera with 3X optical zoom. The regular model skips on the telephoto camera and it offers a 5-megapixel macro camera. Compared to the regular Redmi K20 Pro, this seems like a massive downgrade.

Redmi hasn't hinted on a global launch of the K30 Pro series yet.

After Xiaomi Mi 10, Xiaomi Mi 6 re-launch planned: Is this an iPhone 9 rival?