Redmi K30 Pro to launch soon: Design, specifications and all we know about it

The Redmi K30 Pro is expected to be launched within a couple of weeks and thanks to a bunch of leaks, we know a lot about Redmi's upcoming flagship smartphone. 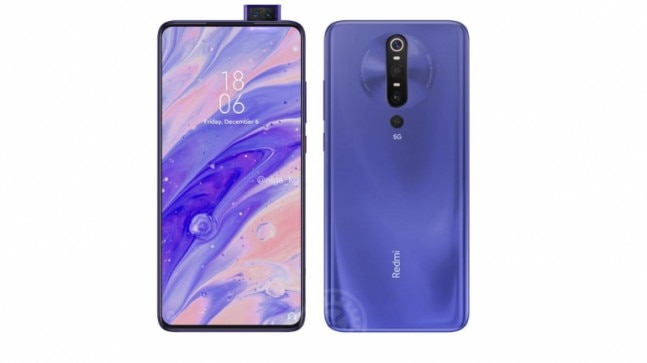 The Indian smartphone space has been sizzling with some hot launches from Realme and iQOO but guess what? India's leading phone maker Xiaomi has something cooking in its kitchen that could very well give these phones a run for the money. Yes, if you guessed it (you must have from the headline obviously), it's the successor to the highly popular Redmi K20 Pro the Redmi K30 Pro. The Redmi K30 Pro is set to come out soon as teasers from Xiaomi have already started pouring in.

Hence, the Redmi K30 Pro already brings up the excitement way before its launch. If you are willing to wait and spend on the next generation Redmi flagship, here are a few things that can help you fan your excitement before it comes to the markets.

Redmi K30 Pro: What we know so far about it

Design: An evolution of the Redmi K20 Pro?

The standard Redmi K30 is a good looking phone but it doesn't manage to make jaws drop similar to the Redmi K20 series phones. It seems that the Redmi K30 Pro might manage to do that with an evolution of the Redmi K30 and Redmi K20 Pro's design. Leaks have so far shown a uniquely arranged camera design. We can probably expect a huge camera bump similar to some of the Samsung flagships. The front of the phone will have no punch-hole cutout for the selfie camera, which means Redmi is sticking to the pop-up camera this year. Nice Redmi. Apart from the no punch-hole cutout for the selfie camera(s), we don't have any other information of the Redmi K30 Pro's display. As of now, we can speculate the possibility of a massive 6.6-inch AMOLED display that could support a refresh rate of either 90Hz like the Mi 10 or bring in the full 120Hz refresh rate. Given that it's an OLED panel, we can also expect an in-display fingerprint sensor.

Performance: The best of Xiaomi at the best price?

Given that the Redmi K30 Pro will be a flagship for Redmi, the phone is expected to use the Snapdragon 865 chipset and in supported countries, it will come with support for 5G networks. We can expect up to 12GB RAM of the LPDDR5 type as well as up to 256GB of UFS 3.1 storage. It will be running on MIUI 11 based on Android 10 at launch for sure.

Similar to the Redmi K30, the Pro variant could rely on a 4500mAh battery but leaks suggest that the phone will come with 33W fast wired charging system. Wireless charging seems to be out of the list on the Redmi flagship.

Price: Will it trump all flagship killers?

The Redmi K30 Pro will come for the Realme X50 Pro 5G, OnePlus 8 and iQOO 3 5G in markets like India. Hence, you can expect Xiaomi to go super aggressive with the pricing. The Redmi K30 Pro could easily start from a sub-Rs 35,000 price and if it comes to India a few months later, we won't be surprised to see the Redmi K30 Pro getting a sub-Rs 30,000 price tag.