The Redmi K30 Pro is now here and it locks horns with the Realme X50 Pro 5G. Both are premium phones but which is the one you should pay attention to? 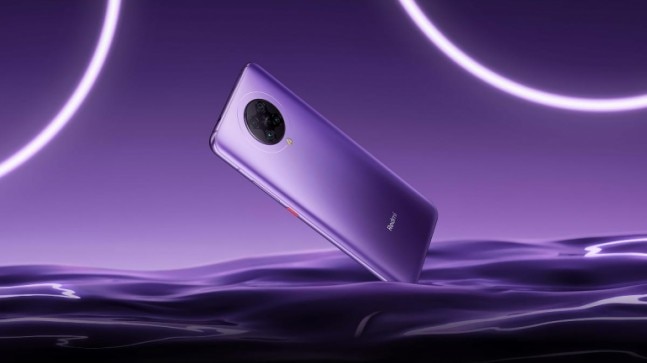 Realme has been outdoing Xiaomi in every way -- whether its phones or accessories, there's a Realme answer to any Xiaomi product. In a couple of weeks, you will even see Realme Smart TVs in response to Xiaomi's Mi TVs. The first glimpse of this battle came with the Realme X50 Pro 5G, which was supposed to a better alternative than the Redmi K30 Pro. Realme launched it almost a month ago and it tries to outdo the Xiaomi phone in every way possible.

Xiaomi, however, knows what consumers want and despite the K30 Pro being late to the party, it delivers where it matters for consumers. First is the price of the phone that makes it the cheapest Snapdragon 865 phone in the world right now. Secondly, this phone nails some of the most critical areas, at least on paper -- the camera and performance. For someone seeking value, there can't be a better time to choose new phones in the premium category.

This is where both these phones differ in massive ways. Realme has adopted the new trend of putting a high refresh rate display similar to its cousin (OnePlus) and given the X50 Pro a 6.4-inch Full HD+ AMOLED panel with a 90Hz refresh rate. The display has narrow bezels but it makes use of an oval-shaped display cutout for housing the two cameras. In our review, we found the display to be average.

Redmi has gone for a different approach. It does not offer a high refresh rate display but it has done the next best thing -- offer a boundless 6.67-inch AMOLED display with Full HD+ resolution. There's no notch or cutout for the camera. Instead, Xiaomi has retained the pop-up camera to offer an uninterrupted viewing experience. Redmi says the panel goes up to 1200 nits of brightness and very high contrast ratio.

Both these phone use a Snapdragon 865 chip and both of them come with support for 5G networks out of the box. However, excluding the base model, the Redmi K30 Pro makes use of LPDDR5 RAM and UFS 3.1 storage whereas Realme X50 Pro offers LPDDR5 RAM and UFS 3.0 storage. This gives the Redmi phone a slight advantage in terms of speed. In the real world though, the performance shouldn't vary by a huge margin.

There's a subjective twist to the performance bit. The Realme X50 Pro 5G makes use of Realme UI based on ColorOS 7 which itself is based on Android 10. Realme UI tries to bring the best of stock Android, Samsung's OneUI and Oppo's own ecosystem. The Redmi K30 Pro relies on MIUI 11 based on Android 10 and MIUI has always been a developer's ROM, with enough tweaks to keep users busy until the next version comes out. Personally, I prefer MIUI 11 for its sheer number of customisation options and the overall polished UI.

The Redmi K30 Pro clearly seems to have an edge over the Reame X50 Pro here, despite the phone not yet out in the market. The Redmi K30 Pro uses the same Sony IMX686 sensor as the Poco X2 and if you consider its performance levels, shutterbugs will be kept happy on the Redmi K30 Pro, especially with a later port of the GCam app. There's also an 8-megapixel ultra-wide camera paired to a 5-megapixel macro camera and a 2-megapixel depth camera. It can also shoot 8K videos and 960 fps slow motion videos at 1080p. The 20-megapixel selfie camera should suffice for most users.

Realme has a clear advantage here. The X50 Pro 5G gets a 4200mAh battery but it uses a 65W Super Dart fast charging system which claims to fill up the entire battery from nought in 35 minutes. The Redmi K30 Pro, however, has a bigger 4700mAh battery and when you consider the 60Hz AMOLED display with the more power-efficient MIUI OS, you can expect longer battery life on this one. Xiaomi offers a 33W fast wired charging in the K30 Pro that claims to charge the battery in 63 minutes.

This is completely subjective and you may prefer one over the other. The Realme X50 Pro will appeal to those who love minimalist designs -- the frosted glass finish along with the subtle gradient colours make the Realme phone look cool. It is quite bland though and from the front, the dual punch-hole cutout on the display looks ugly.

The Redmi K30 Pro goes for a clean design on the front. The pop-up camera is still cool to look at in 2020 and with the glowing LED light, it will draw eyeballs. The rear of the phone is in sync with designs seen on OnePlus 7T and Samsung S20 phones. If you like big camera humps and striking gradient colours, the Redmi K30 Pro should be your pick.