With the new Redmi K30i, the company is tipped to make a few concessions in terms of features to help bring down the price tag of the phone. 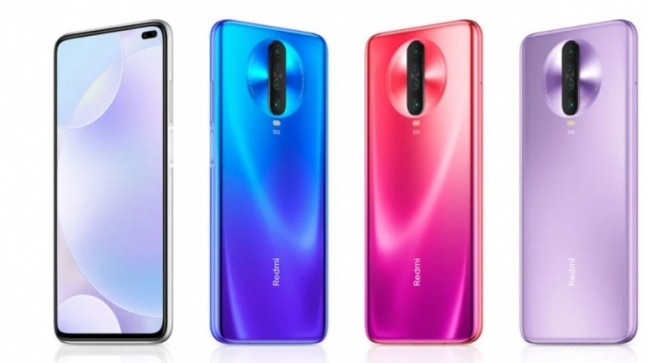 It has only been a few months since the launch of the Redmi K30 and now phone maker Redmi is already looking at bringing an affordable version of the device, the Redmi K30i. The Redmi K30 was launched in December with a number of impressive features, including 5G connectivity and a powerful chipset.

With the new Redmi K30i, the company is tipped to make a few concessions in terms of features to help bring down the price tag of the phone. Previously we had read some reports about how this new device will come with 5G capabilities and is being planned for a launch later this month.

And now ahead of the expected launch, its renders have been leaked online revealing crucial details about the device. As per the image, the Redmi K30i will come triple rear camera module paired with an LED flash. The rear module is also seen with a 48-megapixel primary sensor -- as opposed to the 64-megapixel Sony IMX686 sensor found inside the Redmi K30.

However, there is no clarity on the make of this lens, with the report not clarifying if this will be a Sony sensor or an ISOCELL Bright GM-series sensor from Samsung. The render of the Redmi K30i phone also reveals that it will have a single punch-hole on its display.

The phone once launched is said to become the most affordable 5G phone in the market, which will retail for CNY1,799 ($255). This will be slightly more affordable than the Redmi K30 which was launched at CNY1,999 ($285).

Apart from the camera, the phone is expected to share other specs with the Redmi K30. For the uninitiated, the Redmi K30 comes with a 6.67-inch full HD+ display with 2,400 X 1,080 pixels resolution, 120Hz refresh rate, HDR 10, Gorilla Glass 5 protection and dual punch-holes.

Under the hood, it gets a Snapdragon 765G SoC paired with Adreno 618 GPU, up to 8GB RAM and up to 256GB UFS 2.1 internal storage that can be expanded by using a microSD card. The phone runs on Android 10 OS with MIUI 11 out of the box.

At the back, there's a quad-camera setup consisting of a 64-megapixel Sony IMX686 primary sensor, an 8-megapixel ultra-wide-angle lens, a 2-megapixel macro lens, and a 2-megapixel depth sensor. For selfies, there is a 20-megapixel primary snapper and a 2-megapixel secondary lens for depth. The handset also comes with a 4,500mAh battery and supports 27W fast-charging.