The Redmi K30S appears to have been launched in China as a rebadged model of the Mi 10T. 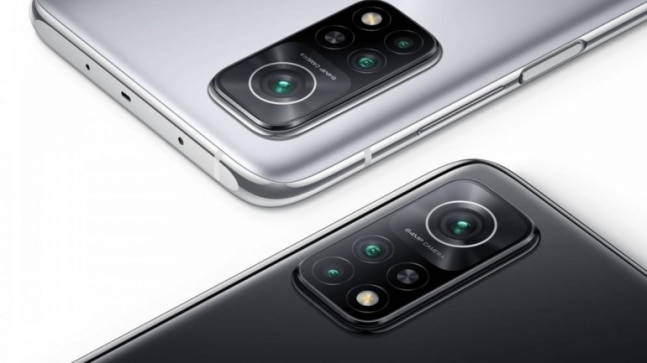 After weeks of leaks and teasers, the Redmi K30S has gone official. The phone is the latest device from the company to feature high-end specifications after the launch of the Redmi K30, Redmi K30 Pro, and the recently launched Redmi K30 Ultra.

The Redmi K30S appears to have been launched in China as a rebadged model of the Mi 10T that was launched in India earlier in the month, and had been available in China for a while now. The phone comes with a 144Hz display and a Qualcomm Snapdragon 865 SoC. There are also triple rear cameras for clicking pictures.

The Redmi K30S has been launched in China at a starting price of CNY 2,599 for the 128GB storage variant, while the 256GB variant is available at a price tag of CNY 2,799. The phone has been announced to go on sale in China in Interstellar Black and Moonlight Silver colour options starting November 11.

In terms of cameras, the Redmi K30S brings with itself a triple rear camera setup that houses a 64-megapixel primary Sony IMX682 sensor paired with a 13-megapixel secondary sensor. There's also a 13-megapixel 123-degree ultra-wide-angle lens and a 2-megapixel macro shooter. The phone also comes with a 20-megapixel lens at the front for clicking selfies.

For connectivity, the Redmi K30S comes with 5G, 4G LTE, Wi-Fi 6, Bluetooth v5.1, GPS/ A-GPS, Infrared (IR), NFC, and a USB Type-C port. Apart from this, the phone also brings sensors such as an accelerometer, ambient light, gyroscope, magnetometer, and a proximity sensor. Xiaomi has equipped the phone with a 5,000mAh battery that supports 33W fast charging.

For now, there is no clarity if the phone will come to India, however, with the Mi 10T Pro just announced in the country, the wait for Redmi K30S, could be slightly longer. We'll be following the developments closely so watch out this space for all the latest on the Redmi K30S and its expected journey to India.

Xiaomi Mi 10T Pro quick review: You win some, you lose some