Xiaomi has launched a special Gaming Edition of its recently launched Redmi K40 smartphone in China. This is company's first gaming smartphone. 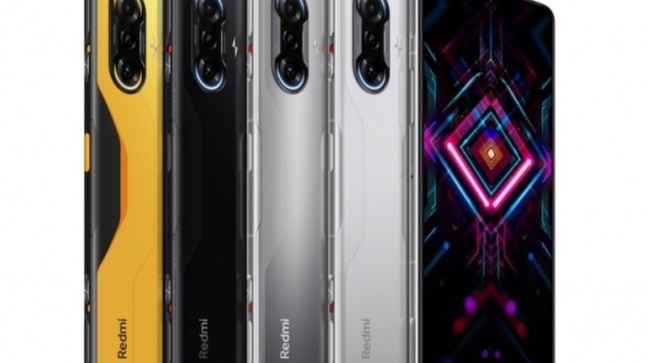 To recall, the Redmi K40 and Redmi K40 Pro were launched earlier this year with Qualcomm Snapdragon processors. Both these smartphones were re-branded for the Indian market as Mi 11X and Mi 11X Pro, respectively. The new Gaming Edition of the Redmi K40 also has a magnetic dual-trigger design, allowing users to play games using four fingers, instead of only two.

The last comes with a different rear panel and also a special retail box. There is no word on the India availability of the Redmi K40 Gaming Edition.

As mentioned before, the smartphone comes with a 6.67-inch (2400 x 1080 pixels) Full HD+ AMOLED 20:9 HDR10 + display with120Hz refresh rate. It is protected by Corning Gorilla Glass 5. The phone is powered by MediaTek's Dimensity 1200 SoC. The phone features a side mounted fingerprint scanner.

The phone has Dolby Atmos and is approved by the JBL synthesis certification system. It features RGB lighting and gaming details and also adopts a low-key and restrained overall appearance.

Microsoft Build 2021 developer conference to be held from May 25, registrations open