The Redmi K40 lineup launched in China and is likely to launch in India in the coming weeks. Here's everything you need to know about these flagship devices. The first Redmi K series device, the Redmi K20, turned out to be a runout success for the brand when it launched back in 2019. It came with a premium design, a good display, an impressive set of cameras and a powerful chipset. Also, the lineup was affordably in order to be made accessible to consumers on a tight budget. 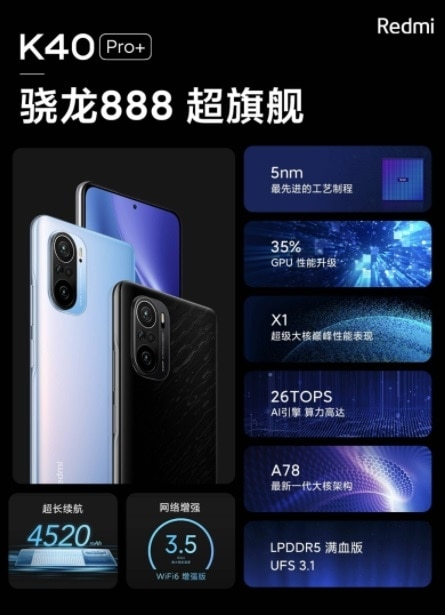 Redmi K40 Pro+
It's 2021, and we're seeing the third iteration of Redmi's K lineup. Redmi launched the K40 lineup - Redmi K40, K40 Pro and K40 Pro+ - via a virtual event in China. These devices pack in top-of-the-line hardware with Snapdragon 800 series chipsets under the hood. Apart from this, these devices also come with a well-specced camera setup, a good quality OLED display and a 4520mAh battery with support for 33W fast charging.

These new Redmi offerings from the brand are the best we've seen from the brand so far in terms of specs. These devices are sought to deliver on all fronts, be it gaming, photography, consuming content or just day to day tasks.

We have already seen the previous K series iterations delivering great performance, and the same can be expected from the fresh K40 lineup too.

The K40 lineup is starkly different in terms of design from the previous K30 series. However, the design is nothing new as these devices look almost identical to Xiaomi's flagship Mi 11 lineup. 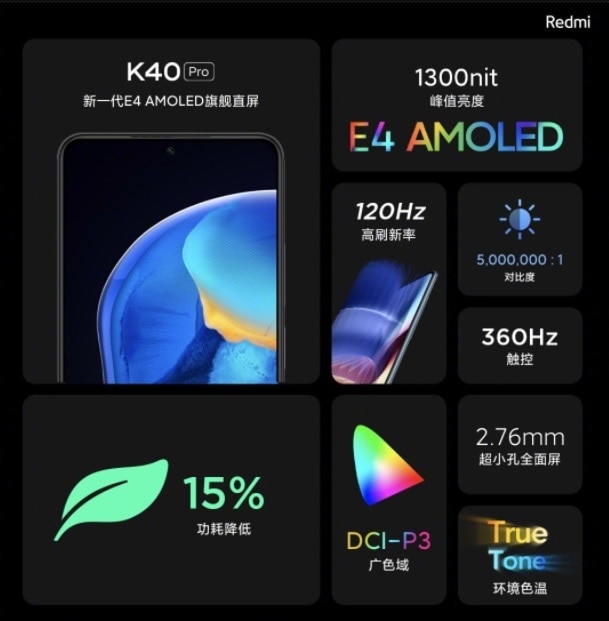 Interestingly these devices ship with Samsung's E4 luminous display tech, which first came with Xiaomi's Mi 11. This display saves a lot of battery and is brighter and has better contrast levels than other OLED displays. In addition to the display on the K40 comes with a 120Hz refresh rate, HRD10+, MEMC and DCI-P3 colour gamut support. Not to miss, these devices come with stereo speakers with Dolby Atmos and Hi-res audio certification.

There's a lot more on this new K40 lineup. So, for your convenience, we have listed all the specifications down below. 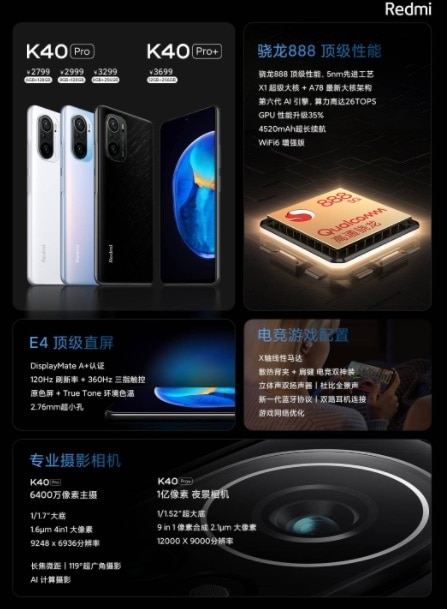 Front Camera: All three devices in the lineup get a 20-megapixel selfie shooter on the front.

Battery: These smartphones ship with a 4520mAh battery with support for 33W fast charging.

Operating System: Finally, these devices will be running Android 11 with MIUI 12 on top.

Redmi brand in the past also has priced its K series aggressively, and the same can be seen with pricing even this year. The Redmi K40 lineup is made available in China for a starting price of CNY 1999 (roughly Rs 23,000) and scales up to CNY3,699 (roughly Rs 42,000) for the top model, the K40 Pro+. The detailed pricing of all the models is listed below.

Currently, there's no information on the global launch of these devices. However, some reports suggest that these devices might ship under the POCO moniker in some countries. As for China availability, these devices will go on sale via Xiaomi's website and most major e-commerce portals in the country.