The Redmi K40 phones are tipped to bring with themselves OLED displays and also support 120Hz refresh rate. 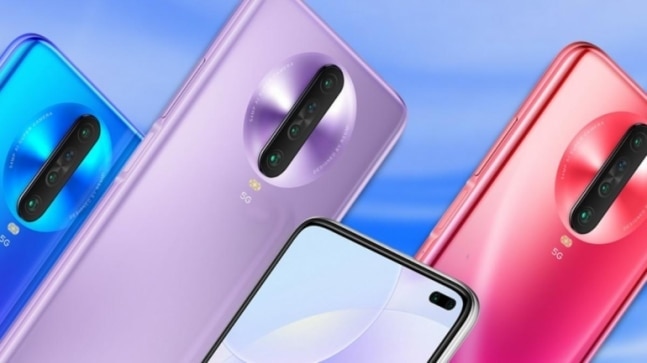 Xiaomi's upcoming Redmi K40 phones are going to be impressive beasts, or at least that's what the latest leaks want us to believe. According to the latest information coming from the trusted tipster, Digital Chat Station, the company's upcoming Redmi K40 series phones will offer displays with support for fast refresh rates, and batteries that can charge really fast.

As per reports, the company will follow up the K30 series phones with the Redmi K40 series smartphones. These phones are tipped to bring with themselves OLED displays and also support 120Hz refresh rate. The displays are also said to come with a punch-hole cutout for the front-facing camera sensor.

As for fast charging, the rumour is that the upcoming Redmi K40 Pro could offer a fast charging solution that's around the 40W or even 50W mark. In comparison, Redmi offers 33W fast charging on the K30 Pro and K30S Extreme Commemorative Edition. However, considering that there are already fast-charging solutions available in the market that touch the 60W mark, it would also make sense for Redmi to go even higher in this aspect. This won't even be too difficult for Redmi as its parent company Xiaomi has already showcased much faster-charging solutions with its phone in the last year.

Apart from this, there's little known about the device, for now, however, leaks in the past have suggested that the Redmi K40 Pro is expected to bring with itself a new MediaTek Dimensity 1000+ SoC with support for 5G connectivity. For cameras, the phone is said to feature the Sony IMX686 64-megapixel primary sensor as its primary camera. However, there are also suggestions that the device could also be launched with a Snapdragon 775G SoC.

This also makes sense because in the past we've heard rumours about the Redmi K40 Pro being launched with a qualcomm chip, albeit the more powerQualcomm's upcoming Snapdragon 875 flagship chipset. This will be a 5nm chipset and is expected to be launched early next month.

As per the reports, the Redmi K40 is expected to go on sale by the end of this year while the Pro variant will be available for purchase sometime in the first quarter of next year. The launch timeline for both the devices is similar to its predecessor.

The two phones, for now, are expected to be launched in China only, with the India release still appearing to be a few months away. This is because Redmi at the moment is focusing on introducing budget segment devices in India, with the company recently announcing the new Redmi 9 series in the country.