Redmi's general manager Lu Weibing has confirmed the Redmi K40 will have a centre-positioned punch-hole display to house the selfie camera. 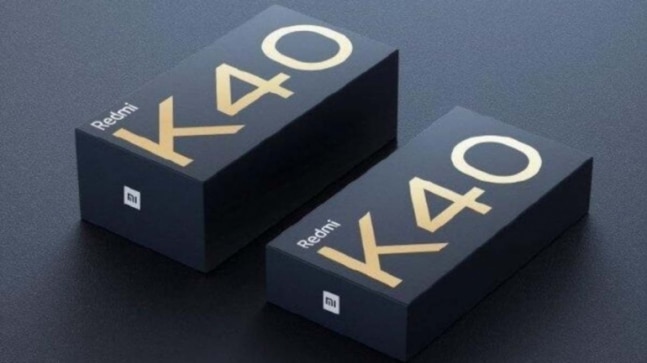 The Redmi K40 series is likely to include three models.

Xiaomi's focus for the moment is on the Mi 11 it's latest flagship that is set to be launched in global markets but soon after, the company can give us a look at the Redmi K40, which is expected to launch sometime later this month. The company is yet to make an official announcement around the Redmi K40 launch but has hinted at a major design change. The Redmi K40 can come with world's smallest hole punch camera.

Ahead of the expected launch, Redmi's general manager Lu Weibing has confirmed the Redmi K40 will have a centre-positioned punch-hole display to house the selfie camera. He said that this has been done in a bid to achieve highest possible screen-to-body ratio and this is why Xiaomi is also looking to introducing the smallest punch-hole cutout seen on a phone yet.

For now, the smallest punch-hole is claimed to be on Vivo S5. The smartphone features a punch-hole of 2.98 millimetres. If Weibing's claims are true, the punch-hole on Xiaomi phone will be smaller than even that on the Vivo S5.

This will also be a shift in the design language adopted by Xiaomi in the past. The previous generation Redmi Redmi K30 Pro and K30 Ultra featured a pop-up selfie camera module. However, a lot of smartphone makers have started ditching the pop-up module over the past few months in order to keep the weight of the phone under check and also reduce the cost.

The Redmi K40 series is likely to include three models - a vanilla Redmi K40, Redmi K40S and the Redmi K40 Pro. Few details of the smartphone along with the image of device's retail packaging have appeared on the web. The image shows that the Redmi K40 might follow the latest trend and ditch the charger from the box.

The successor of the Redmi K30 series from last year, this new phone will come with the Qualcomm Snapdragon 888 processor under the hood. This will be the second phone from Xiaomi to be launched with the chipset after the Mi 11. However, the Redmi K40 is expected to arrive at a relatively modest price tag. . Previous leaks have also claimed that the K40 Pro will flaunt an OLED panel with a slim punch-hole which could be 3.7mm in size. The battery backing the phone could reportedly be a 45000mAh pack.