Xiaomi's Redmi sub-brand is going to come up with a new product category in India while the Chinese market will see the Redmi 10X series, Redmi X series TVs, and RedmiBook laptops. 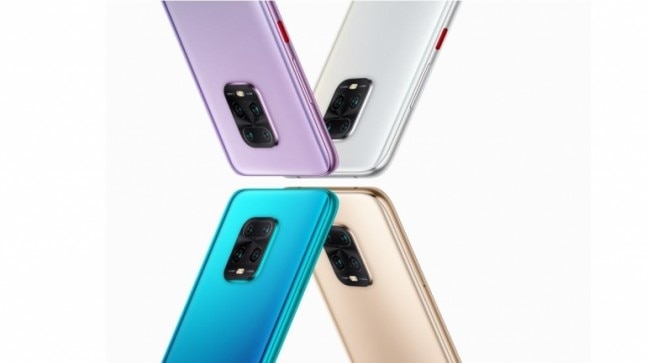 The COVID-19 pandemic may have thrown life out of gear but that hasn't stopped Xiaomi from launching new products. With life limping back towards normalcy, Redmi is gearing up to announce brand new products to keep our summers entertained. In India, Redmi is coming up with a new product category in the audio segment whereas, in China, there will be new phones, laptops and smart TV. All these launches are happening today.

Let's start with what India gets to see. Redmi has so far played in the smartphone space and accessories but today, it will venture into the audio segment too. On its social media handles, Redmi has confirmed that it is going to come up with true wireless earbuds, which appear to the be Redmi AirDots S from China. The teasers have so far promised long battery life, sweat resistance, easy access to voice assistant and more.

The Redmi wireless earbuds aren't the only products launching in India today. Redmi is also teasing some kind of a wireless speaker that focuses on bass. The hints could go towards a portable party speaker or a new soundbar from Redmi. Redmi announced a new soundbar in China last week and it is a possibility that Xiaomi may bring it to the Indian market too.

While India will get to see new audio products, the Chinese markets will see a lot more. The most anticipated launch is the Redmi 10X series. Based on the series of leaks and teasers, the Redmi 10X is possibly replacing the Redmi Note series in China and upping Redmi's game in the affordable smartphone space.

The Redmi 10X is promising some massive upgrades over the Redmi Note 9 series. For the first time, Redmi's affordable series is going to use an AMOLED display, complete with an in-display fingerprint sensor. The 5G variants will use the MediaTek Dimensity 820 chipset whereas the 4G variant's SoC of choice is yet unknown. We say "5G variants" as two models are coming in this lineup -- there will be a Redmi 10X 5G and souped-up Redmi 10X Pro 5G. The latter is even said to have a 30X zoom camera.

Joining the Redmi 10X series is the Redmi TV X series, which has so far hinted at slimmer bezels as well as promising audio performance. Rumours even suggest that this could be Xiaomi's foray into OLED TVs, although you should take that with a pinch of salt.

Redmi is also expected to launch the updated RedmiBook laptops. The new models are expected to come with the newer AMD Ryzen 4000 series processors, offering improved performance. These laptops are also expected to offer slimmer bezels than before. There's also a possibility of a newer 17-inch variant.

The Redmi India launch will be live-streamed on Xiaomi's social media channels from 12pm whereas the Chinese launch event will happen around that time. Stay tuned for all the updated related to these new Redmi products.

BSNL vs Reliance Jio vs Airtel yearly prepaid plans: Which one should you buy?