Xiaomi is set to launch the new Redmi Note 10 series in India on Thursday. 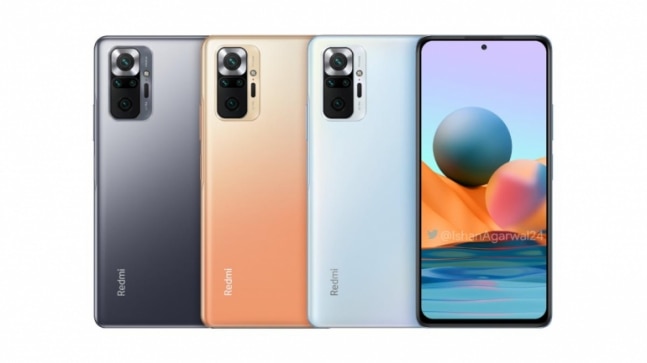 According to the tipster, the Pro Max model will come with a 6.67-inch Super AMOLED display with support for a 120Hz refresh rate. The combination of Super AMOLED and high refresh rate was confirmed by Xiaomi itself but there was no word from the company on the exact screen size.

Similarly, Xiaomi had announced that all the smartphones of the Note 10 series will be powered by Qualcomm processors but had revealed the chipset configuration. The leak claims that the Redmi Note 10 Pro Max will be powered by Snapdragon 732G SoC. It doesn't mention the RAM configurations, but Xiaomi is expected to go with the standard 6GB RAM and 8GB RAM variants.

As far as the camera setup goes, the Redmi Note 10 Pro Max is tipped to feature a quad rear camera module comprising of a 108-megapixel main sensor, 8-megapixel ultra-wide-angle lens, 5-megapixel macro lens and 2-megapixel depth sensor. On the front, the smartphone is expected to come with a 16-megapixel selfie shooter.

The Pro Max variant is expected to pack a 5020mAh battery which is the same as last year's Redmi Note 9 Pro Max. The smartphone will ship with a 33W fast charger. Another big upgrade can be an addition of stereo speakers on the Note 10 Pro Max. The other features include IR blaster, Corning Gorilla Glass 5 and IP52 rating.